The aircraft boasts of a decent speed compared to other counterparts, at least until the Shenyang F-5, MiG-17AS and Hunter FGA.9 were released as premium vehicles. This aircraft was one of the first Premium jets available for sale, therefore it is unable to carry air-to-air missiles or air-to-ground missiles either. Retaking on speed, this aircraft is quite fast in a straight line, but looses a lot of energy, and speed, when facing a turn. Therefore, if in a persecution, a precise shot with the M3 Browning (12.7 mm), can cause a real devastation in an enemy aircraft. However, these machine guns aren’t so powerful in jet age as 20mm cannons, so accurate and shots are perfect for this guns.

This Sabre is an aircraft with a very special camouflage, the one of the US Air Force Skyblazers, the USAF acrobatic team. The aircraft, then is great in manoeuvres at high speed, which makes it a good aircraft for air combat. You can use it as well if managing well the 12 HVAR. The only drawback to this manoeuvrability is that you loose quite a lot of speed in a turn. As well, the acceleration isn’t great and makes the climb rate inferior to the one of other premium jets or other aircraft in it’s B.R. 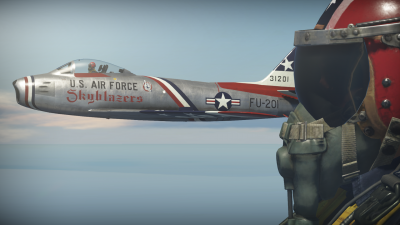 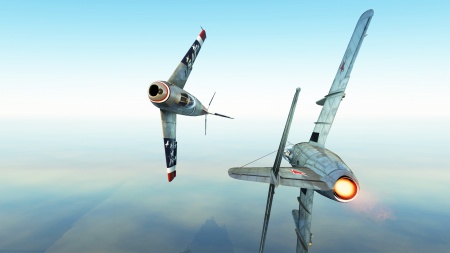 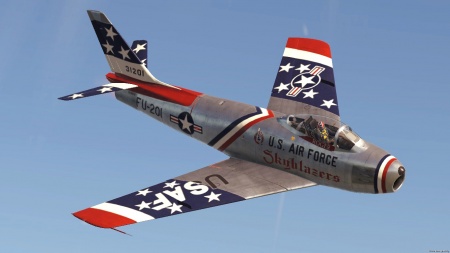 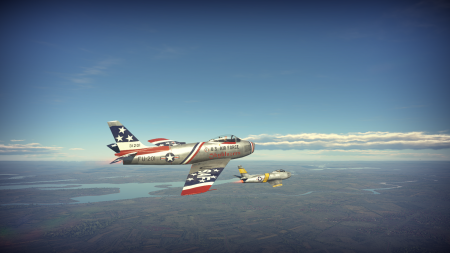 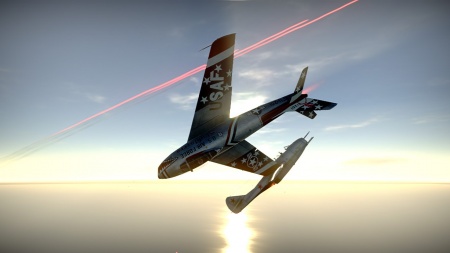