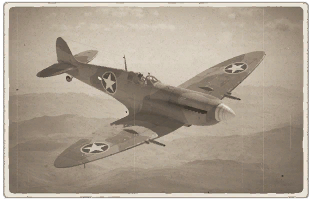 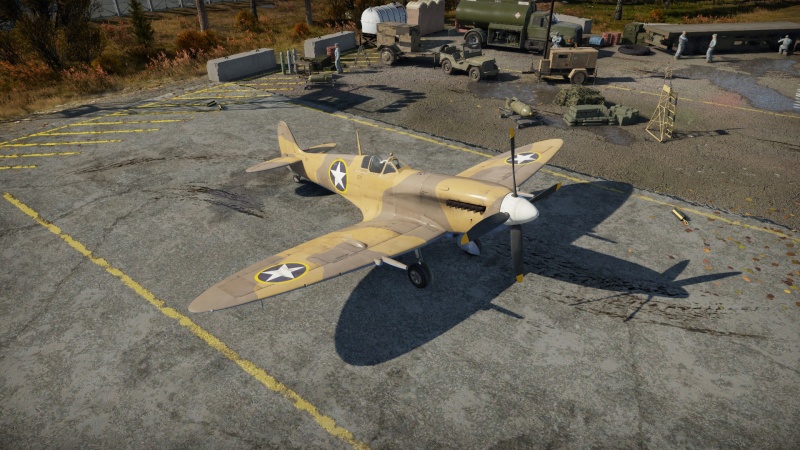 The Spitfire LF Mk IXc (USA) can be outfitted with the following ordnance:

All Spitfire versions served primarily as fighter aircraft. Due to its high manoeuvrability, the Spitfire LF Mk IXc excels in dogfighting, matched only by a few opponents (mainly Japanese). Due to its vulnerabilities, namely its low ammunition load and somewhat flimsy airframe, it is not recommended to attack bombers with heavy defensive armament. Its climb rate is one of the Spitfire's greatest advantages, being able to outclimb many rivals at its rank. Despite this, it is not recommended to try to catch up with zoom-climbing enemy fighters, because the Spitfire will most likely run out of speed before you manage to engage the opponent. Therefore, go into a shallow but high-speed climb to patiently gain the same altitude as the foe. Do not waste too much speed or altitude to the Boom & Zoom bounce from above, or else it will not work. In emergency situations, when an opponent is diving onto you, your speed is insufficient to face them and, when there are no clouds to hide in, you can descend to the tree-top level and use sharp turns and preferably uneven terrain to make dive attacks impossible for your opponent. He will most likely have to pull up before he can attack, due to his high speed. Exactly at that moment when he is pulling up, you can take initiative.