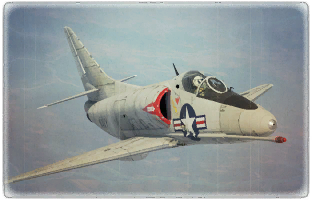 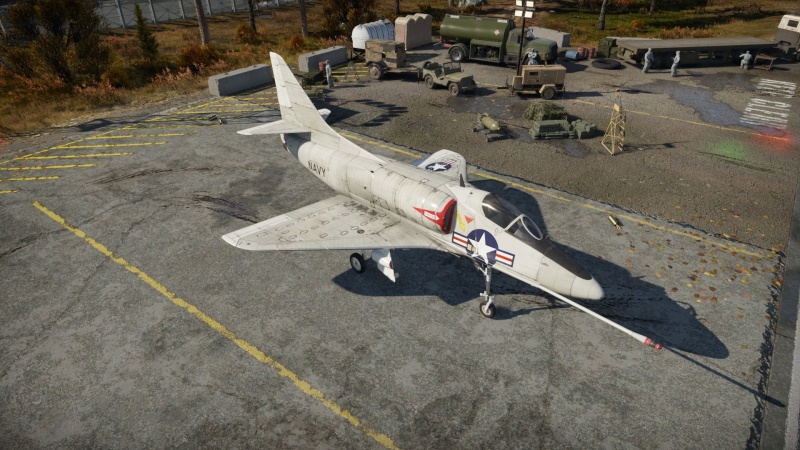 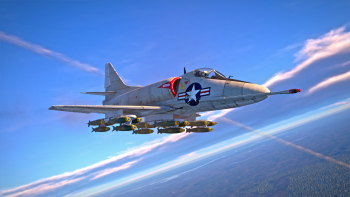 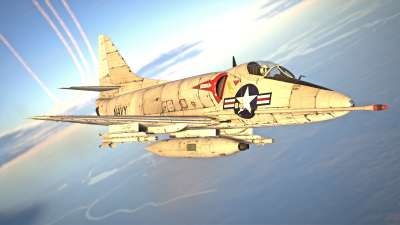 A A-4B set up for air-to-air combat with its suspended centerline gunpod and AIM-9B Sidewinders. 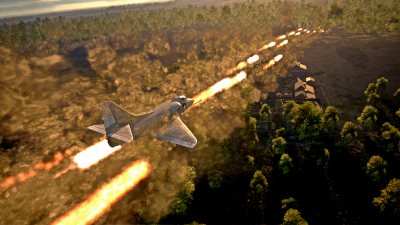 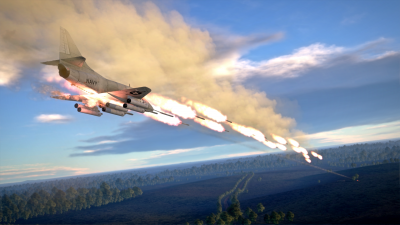 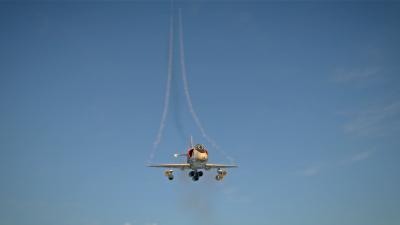