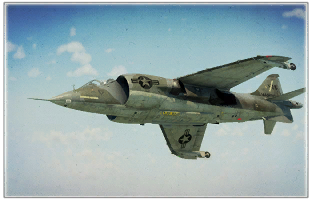 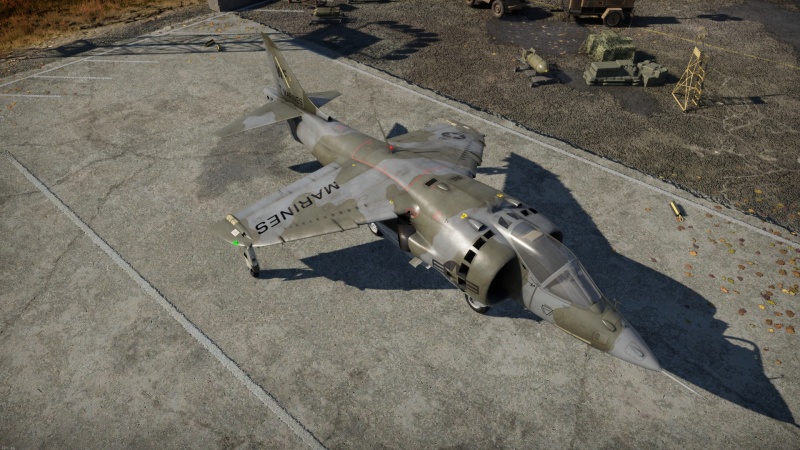 The Harrier has access to a wide variety of ground ordnance capable of destroying enemy ground units and bases. It also has access to CCIP ballistics computer (refer to Ballistic Computer for explanation) meaning the pilot has access to ground ordnance crosshairs which will increase ordnance accuracy, both rockets and bombs. It is not recommended to fly as a bomber (in terms of altitude) but fly as a tree cutter (as close to the ground as possible). This is recommended to achieve multiple things: radar interference, max speed, reduce enemy visibility and awareness. It also makes bombing easier without the need of ballistics computer (although it is recommended to use it since it will not require any practice). Time fuze MUST BE ADDED to avoid assault fuze explosion, risking your plane to be hit by the explosion causing a death. Ground striking ordnance should be taken at pilot's discretion, but it is recommended to take the 2 x 1000 lb and 3 x 500lb bombs in order to take a whole base completely and still maintain high speeds. You are unable to carry any sort of anti-air missiles with this payload.