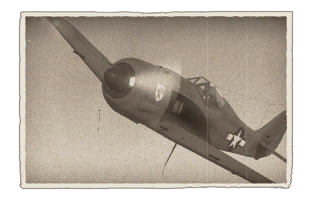 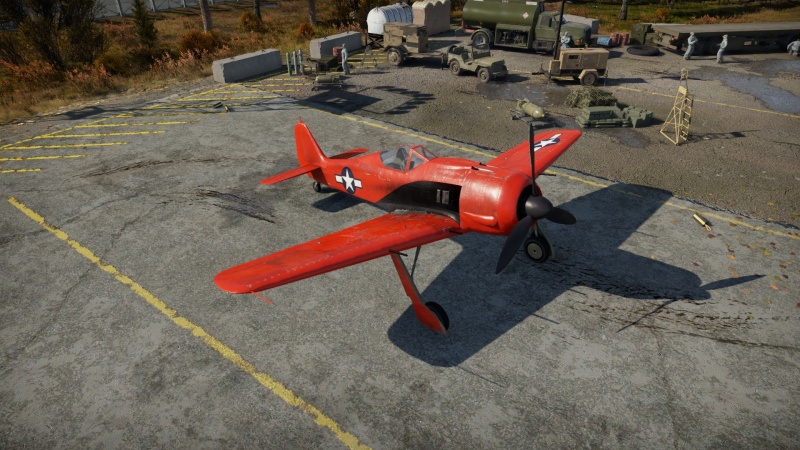 The Fw 190 A-8 possesses far below average speed, acceleration, and climb ability for its rank. It does, however, have great high-speed control and a wicked armament that will shred any fighter almost instantly. It is recommended that you climb to the side and let your teammates engage first so you can put your excellent BnZ ability to work. If you spot a bandit co-alt, a head-on attack followed by an evasive manoeuvre and then extending away to repeat the processes is a recommended tactic. If a bandit has superior energy and is pressing an attack against you, try to drag them to friendlies, but don't sacrifice too much energy to do so. If you are skilled enough, another tactic would be to initiate a scissors; either rolling or flat, and then break away when he goes to yo-yo to control his overshoot. The scissors is a highly effective manoeuvre in the 190 A-8. If you are ballsy enough to press for a gun solution when scissoring an enemy, you could be greatly rewarded. In summary, climb to the side, Boom & Zoom like a champ, never get in a sustained turn fight, and use your rate of roll to free yourself when cornered.

The premium Fw 190 A-8 sits at a high battle rating, close to the Spitfire LF Mk. IX and La-7B-20, both of which are vastly superior planes overall. It frequently faces Tempests, Fw 190 A-5, Bf 109 G-10 variants, Griffon Spitfires and F4U-1C's. Unfortunately, the A-8 is by large worse than all of these planes, but it still possesses some unique advantages and if piloted correctly is really going to give anyone trouble. However, these advantages are quite predictable and easily nullified by an attentive opponent.

On January 1, 1945, an Fw 190 A-8 (W.Nr. 681497) flown by Corporal Walter Wagner from 4./JG 4 landed at the allied-held field at St Trond, Belgium, after having been hit by flak and being forced to make an emergency landing during Operation Bodenplatte. From here it was transferred to the 404th Fighter Group, USAAF.[1][2] It was later repainted.