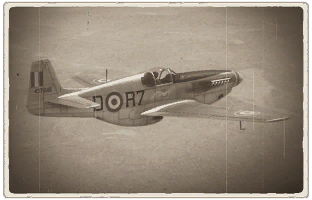 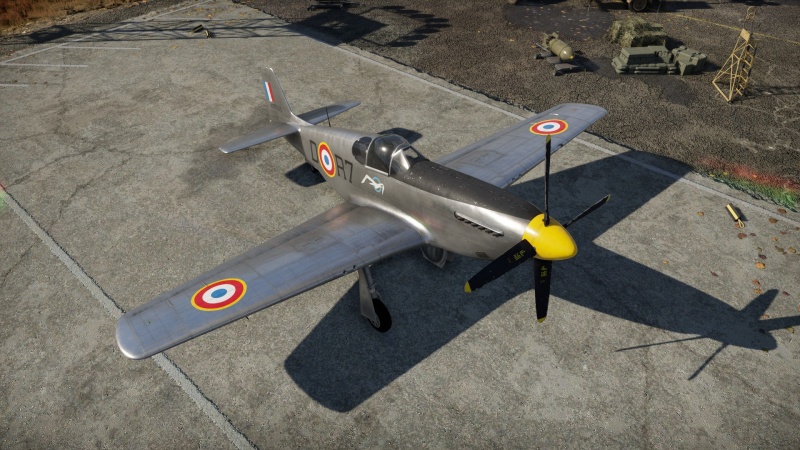 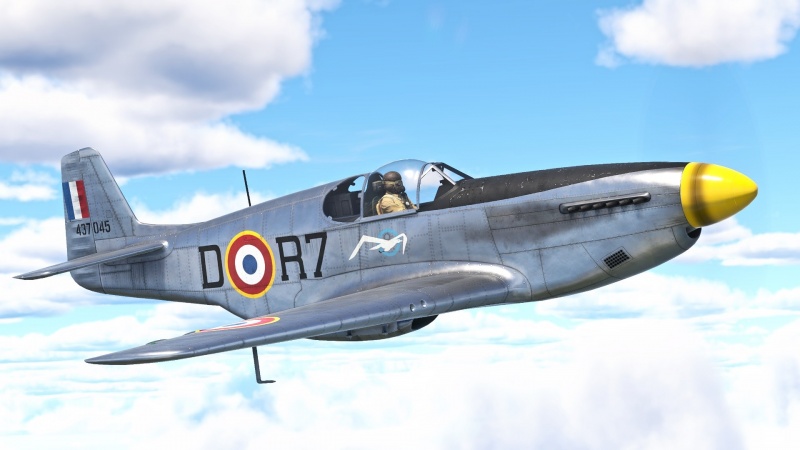 The F-6C-10-NA is a premium gift rank III French fighter with a battle rating of 3.7 (AB/RB) and 4.0 (SB). It was introduced during Update "Wind of Change" as reward for Battle Pass: Season VII, "Armoured Elephant".

The overheating issue of the plane can be completely negated with use of manual engine controls. Note that due to its use of the Meredith effect, the radiator of the F-6C-10-NA produces almost no drag regardless of how wide it is opened.

In-Game, the F-6C-NA is a P-51B-10-NA modified with a Malcolm Hood, which balloons outwards and increases both headroom & side visibility. The Malcolm hood was used mostly by the RAF and their Mustang III's, though American use of the Malcolm hood did occur, the majority remained with the original Canopy design.

The first field modifications of the P-51 Mustang series for tactical photo reconnaissance appeared in the UK in 1941. In 1942, the United States began their conversion of P-51 Mustang fighters of various series into a reconnaissance fighter by equipping them with one or two bulky K-24 cameras manufactured by Kodak. These aircraft were used by the US Air Force, Britain, Australia, and were also delivered abroad under the Lend-Lease program. The reconnaissance Mustang was actively used during the Allied offensive in Europe, as well as in Tunisia and in the Pacifics.