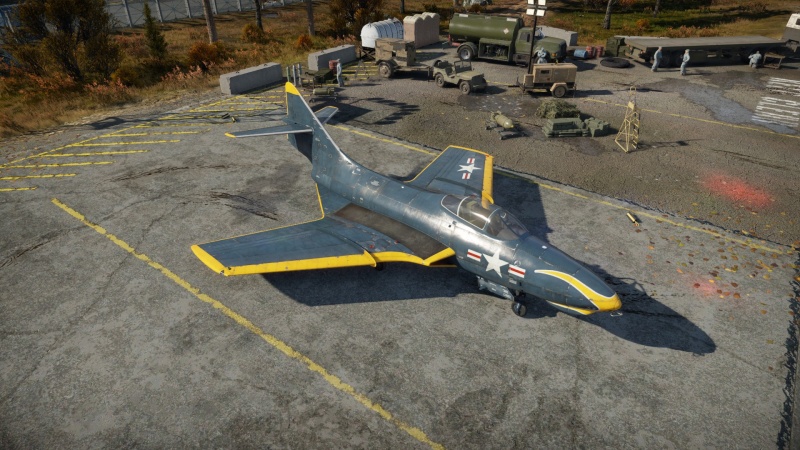 This said don't expect to dogfight very well against any pure fighter jet as the turn time is quite stock but when you spade it outturning does get a better but the F9F-8 performs great defensive manoeuvres and can keep up in turns with the MiGs (beware that doesn't have the great acceleration that MiGs have).

The F9F-8 is equipped with an AN/APG-30 rangefinding radar, located in the nose of the aircraft. It will automatically detect other planes within the scanning area and display the range to the closest target. It is linked with a gyro gunsight and can help with aiming at close range. 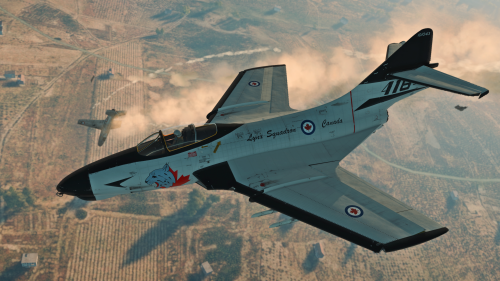