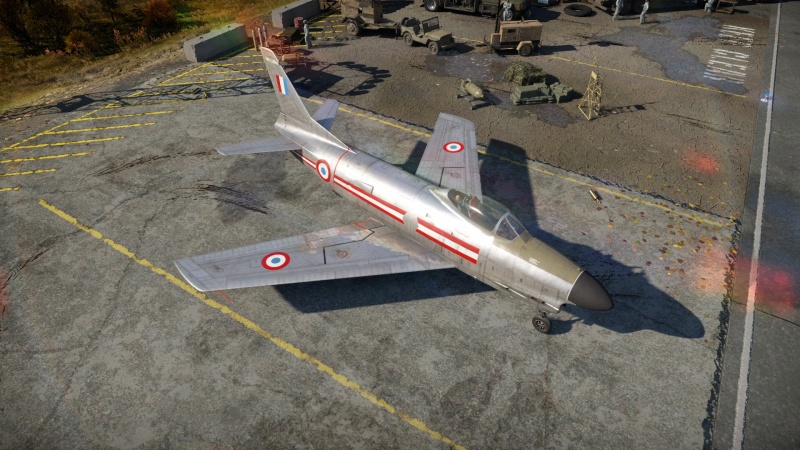 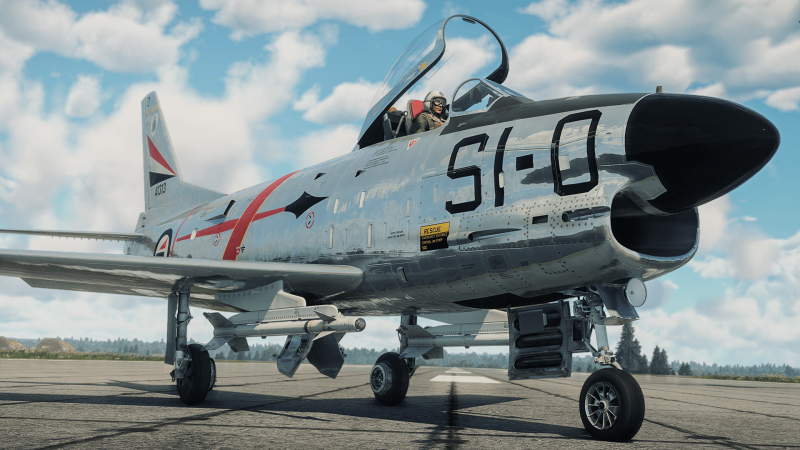 The F-86K is a good aircraft at its rank, but not the best. The F-86K has very good low-end acceleration due to its afterburner, however, this aircraft is still only a subsonic fighter. Like every other jet, it's bad at manoeuvring at low speeds and its control surfaces compress at high speeds. However, the F-86K can handle top speed relatively well compared to other aircraft of its rank. If the F-86K can do one thing very well, it excels when going into vertical flight.

The F-86K (France) can be outfitted with the following ordnance:

The F-86K should be used mainly as a support fighter, due to its sub-par manoeuvrability compared to other aircraft at its rank such as the MiG-17 at low speeds. In a 1 vs 1 dogfight, the F-86K outclassed when pitted against a MiG-17 unless you fight in a vertical, which this aircraft should do most of the time. When it comes to bomber hunting, this aircraft has four M24A1s, however these are also fantastic to use during a head-on attack. However, don't commit to head ons, instead fire a burst from maybe .8 km out then pull out. This is to decrease the chances of both of you crashing and increasing your chance of surviving. Your opponents will mainly be slightly lower-ranked aircraft like the MiG-15 Bis or F-86 A5 Sabre which you can easily out climb or outrun. However, sometimes you will get up-tiered to a higher rank and unfortunately, any thrust advantage is nullified when facing F-100s which are supersonic aircraft. There is a potential to be matched up against Hunter F.6s which can be armed with the devastating SRAAM missiles.

Initially, the F-86K was produced exclusively in the U.S., but would later also be manufactured under licence by the Italian Fiat company. The F-86 entered service in 1955 and apart from the Italian Air Force, the F-86K also served with many other operators worldwide including France, West Germany, the Netherlands, Norway, Honduras, Venezuela. Around 340 F-86Ks were produced out of over 2,800 Sabre Dogs built in total. Most of the F-86Ks would be decommissioned by the late '60s, while some even went on to serve into the '70s.