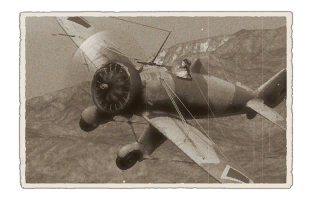 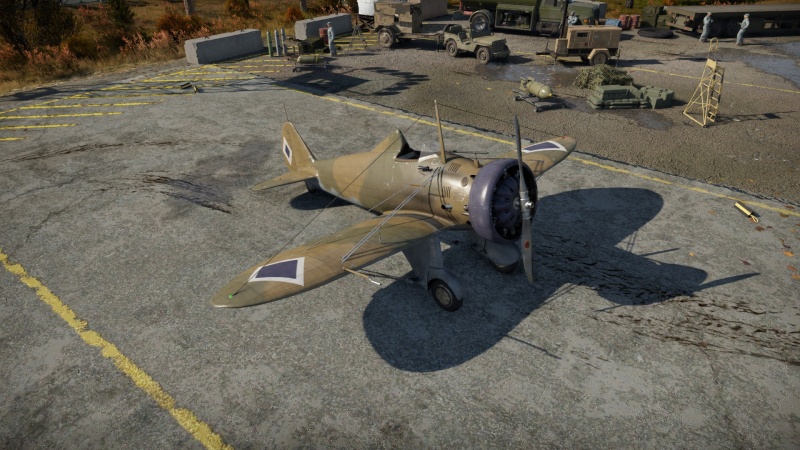 The P-26A-34 Peashooter is a premium gift rank I American fighter with a battle rating of 1.0 (AB/RB/SB). It was available during the 2014 Thanksgiving sale as a reward for buying two discounted packs and during the 2015 Independence Day event as a prize in a tournament. It has also been obtainable in the Warbond shop in the trophy chest from September 2018 to November 2020.

The P-26A-34 can be outfitted with the following ordnance:

Qualify the crew to "Expert", it is very cheap and invest Crew XP points in Pilot Vitality (i order to be able to resist injury) and Weapon Maintenance, good to take and give damage.

Study your opponents, this is critical on how to counter them as there is no single way to counter all targets. The Japanese Ki-10 and Soviet I-15 are this aircraft's greatest threats, if they get on your six evade like crazy and hope they overshoot (never turn); teammates are also very helpful. Bombs with 0.5 seconds delay could work. Others like the German He 51 you could outrun them, but do not turn. With higher BR units you may be just able to outmanoeuvre, but the best is constantly scan the sky for threats. Other rank 1 aircraft vary in threat level. Besides fighters, attacking bombers is a viable option, however, be mindful of defensive turrets as there are a few 12.7 mm machine guns and 20 mm cannons out there.