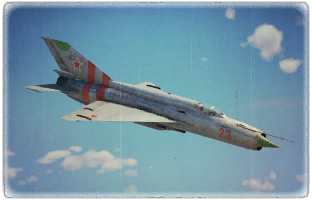 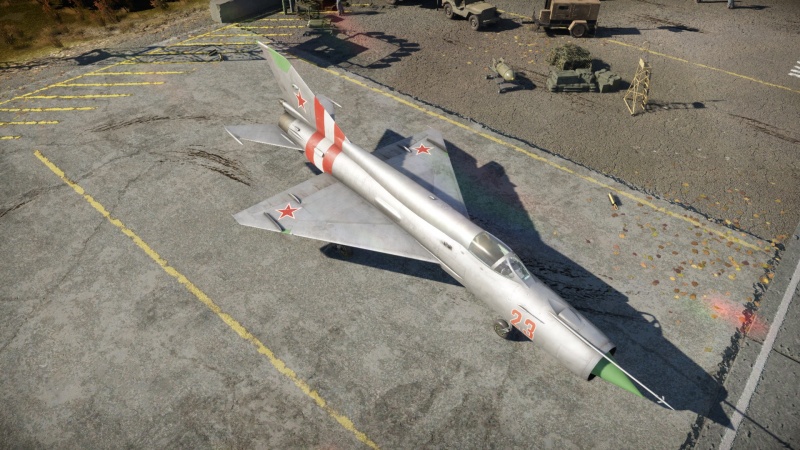 The MiG-21S (R-13-300) can take hits from calibres lower than 30 mm guns in minor parts, but if the engine is damaged it will surely fall. A missile hit will knock out the fighter instantly or cause it to crash.

The MiG-21S (R-13-300) is best used as a supporting plane that can take out fighters already busy with a dogfight. Since it does not have the best missiles, it is best to target players that are not paying attention and/or flying in a straight line. Being a supporting aircraft means you should try avoiding getting into a furball but use your speed advantage to fight enemies that are alone. Therefore, you will most likely meet strike aircraft or base bomber aircraft such as the F-5C, AV-8A, AV-8C, and Harriers. These planes will be the most threat to you. Try to have an altitude advantage as you have superior speed, and then missile the enemies that are slow/in a dogfight. Be reminded that it is not wise to fly low because the lack of countermeasures means you will need to do a lot of evasive manoeuvres to counter missiles.