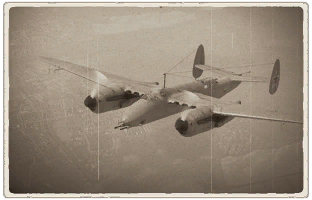 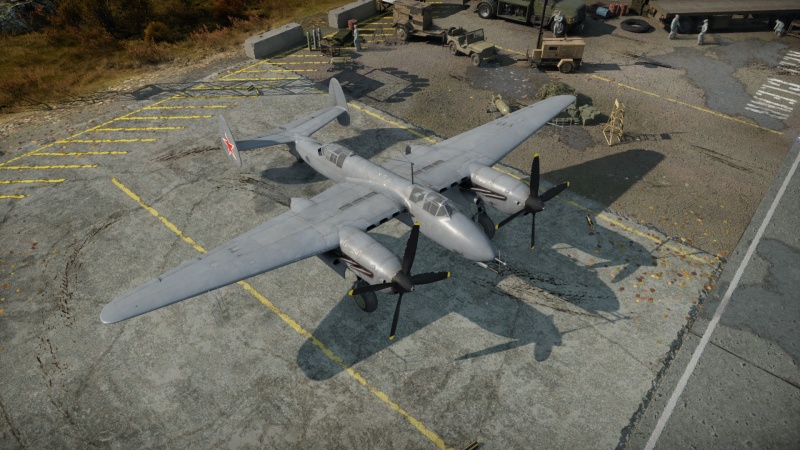 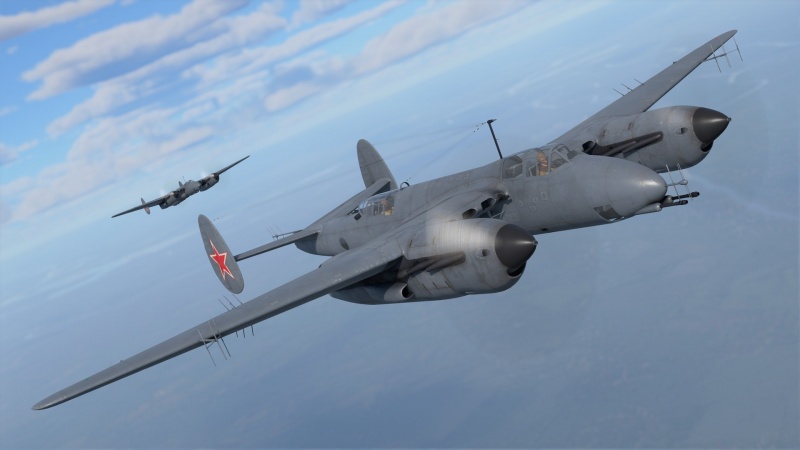 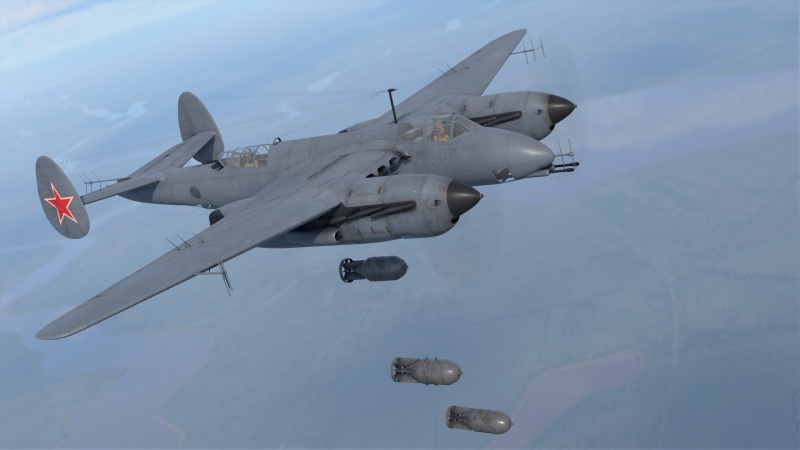 The Tu-1 is a premium gift rank IV Soviet strike aircraft with a battle rating of 5.7 (AB/SB) and 5.3 (RB). It was introduced in Update "Direct Hit". A perfect addition for ground and naval battles at mid tiers.

The Tupolev Tu-1 has a high top speed. However, its acceleration is noticeably slow as it is a heavy aircraft and it is degraded even further by the drag of bombs carried externally.

The high rip speed of combat flaps allows for increased turning ability during engagements, giving you the opportunity to get a few shots in.

All this armour and a good defensive armament makes for a pretty survivable aircraft. This plane also gets self-sealing fuel tanks, which helps limiting fire damage.

The Tu-1 can be outfitted with the following ordnance:

The Tu-1 is defended by:

The defensive guns have limited coverage, so if an enemy aircraft comes from above, you will have a hard time defending yourself.

In RB, the aircraft is given a strike fighter spawn, meaning it does not have as much room to dive and gain speed as a bomber. The Tu-1 is capable of destroying enemy fighters in head-on engagements or unsuspecting attackers, thanks to its 23 mm and 45 mm cannons. For usage in combined forces, the Tu-1 makes for a very potent attacker, carrying three 1,000 kg bombs as well as the pair of 45 mm cannons having the option to fire API-T rounds, which can knock out all but the heaviest tanks at its BR from the tops and sides.

Back in the pre-war period, while working on the Tu-2 front-line bomber, the Tupolev design team had the idea of ​​creating a multipurpose aircraft on its basis that could perform a wider range of tasks, including escorting bombers at high altitudes and intercepting enemy aircraft. The first tests of the Tu-2 convinced the military authorities to initiate development for the role of a heavy fighter. However, the outbreak of the war forced the designers to focus on the modifications of the Tu-2 bomber series. Nonetheless, work on the version of the heavy fighter did not stop, moreover, one of the key components of the new aircraft was to become a radar, which would allow the location of targets at distances of up to 8 km and at any time of the day. Andrey Tupolev personally attended lectures on aviation radars, after which he enthusiastically started adapting the latest developments on his aircraft. In the meantime, work continued on enhancing the combat and flight characteristics of the aircraft. The armament was significantly improved compared to the original concepts - two 45-mm NS-45 guns were installed in the front of the bomb bay, supported by 2x 23-mm guns in the wings. The defensive armament of the aircraft was represented by two 12.7mm UBT machine guns. After experiments with the power-plant, the choice fell on the M-43V engines with a four-blade propeller. The finished prototype made her maiden flight only in the spring of 1947. Despite the good test results, the project of the Tupolev heavy fighter was not continued. The era of jet aircraft was approaching.