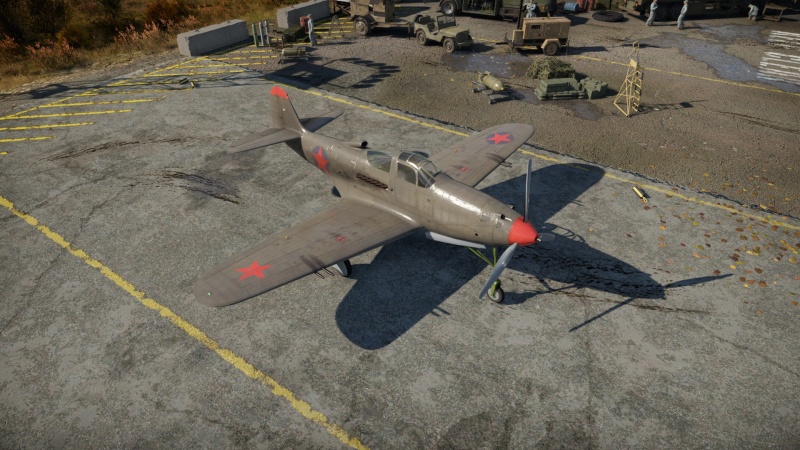 The P-39K-1 (USSR) can be outfitted with the following ordnance:

The P39K differed from the earlier models in its engine, the Allison V-1710-63, which was successfully tested in that same D-2. It was fitted with an afterburner system. It developed a nominal power of 1352 h.p. and 1550 h.p. in WEP (War Emergency Power) mode. The K series was the only one fitted with such an engine along with a three-bladed Aeroprop propeller. It was a full 360 kg heavier than the D-2, although externally, apart from the propeller, there was no visible difference. In fact, the extra weight was due to additional armour plating, which was used beginning with the K and on all subsequent series.