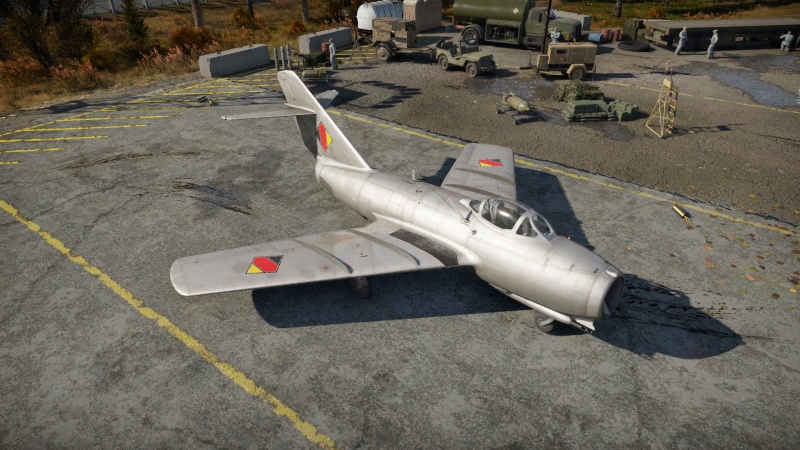 The MiG-15bis has a great thrust to weight ratio, allowing for amazing acceleration and energy retention. Players will soon discover that the MiG-15bis is able to almost out climb any other jet fighter within their battle rating. Likewise, players would also notice that the rudder locks up at high speeds, soon followed by the ailerons, and elevators . The MiG is also sluggish in low speed combat, especially in terms of roll rate.

The MiG's hard-hitting cannons (2 x 23 mm and 1 x 37 mm) are a hard learning curve if the players are untrained in the low velocity cannons. Although the damage output is a large benefit.