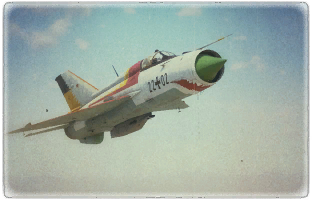 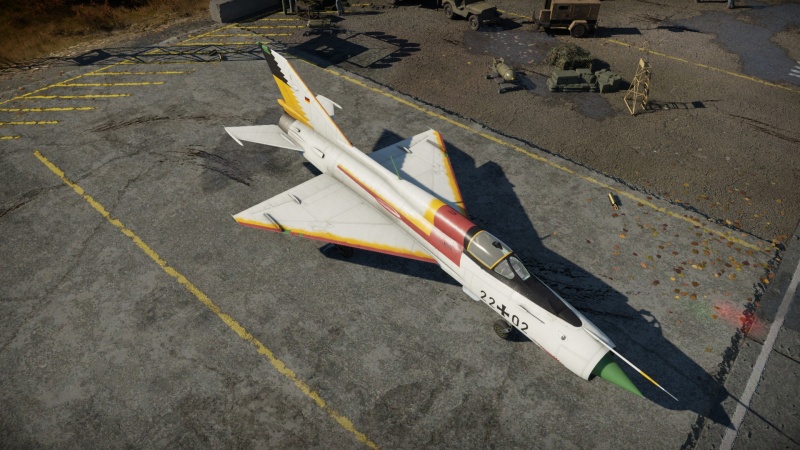 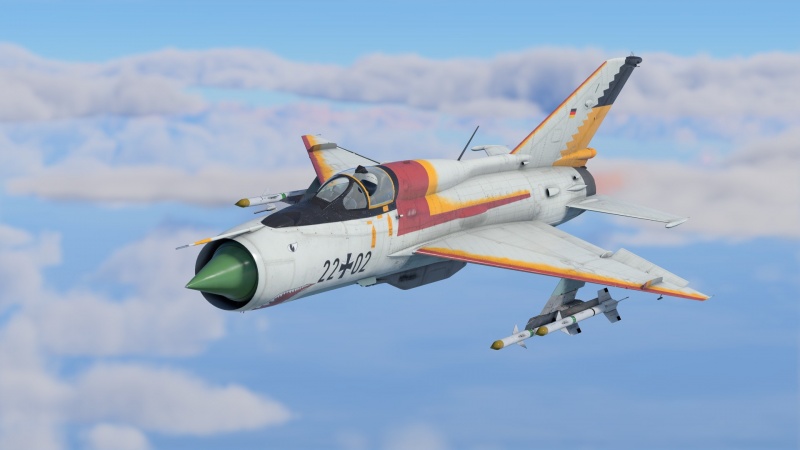 The ◊MiG-21 SPS-K (NATO Code: Fishbed-F) is a premium gift rank VI German jet fighter with a battle rating of 9.3 (AB) and 10.0 (RB/SB). It was introduced as a premium pack in Update "Ground Breaking".

The aircraft gets 60 mm bulletproof glass in front of the pilot and 10 mm of steel behind the pilot. At top-tier, this will not save you from much damage. The plane gets self-sealing fuel tanks in the wings and over the engine.

The MiG-21 SPS-K (Germany) can be outfitted with the following ordnance presets:

The MiG-21 SPS (also MiG-21 PFS) was a subvariant of MiG-21 PF. The acronym SPS comes from "сдув пограничного слоя" ("sduv pogranichnogo sloya") which means "blown flaps". For this, the engine was modified and received a new name R-11F2S-300, this engine redirected some air from the compressor to the flaps. The military wanted it to be able to take off from unpaved airfields, and these modifications shortened the takeoff run to 480 m on average and reduced the landing speed to 240 km/h. Two SPRD-99 (СПРД-99) boosters could be installed to shorten the takeoff run even more. It was mass-produced from 1961 to 1965.