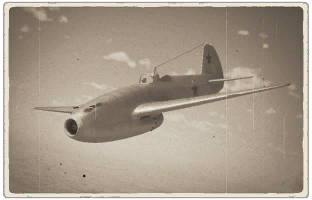 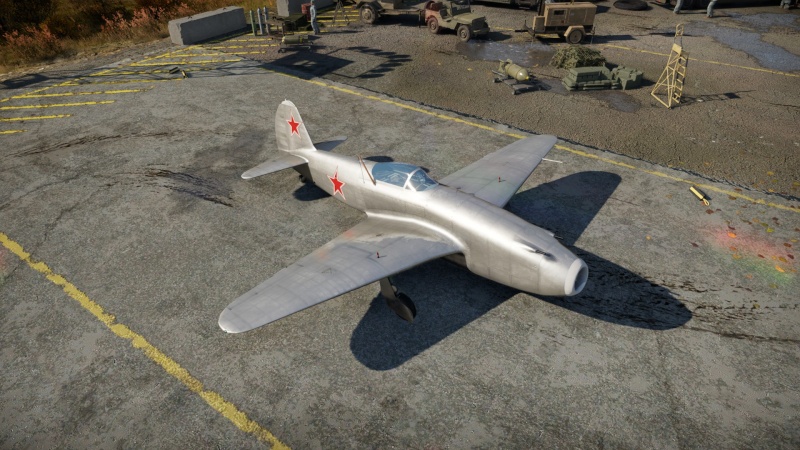 The Yak-15 is arguably one of the most underestimated planes in the game. Although its statcard reveals what would be considered "sub-par" performance and armament, the Yak-15 is both a unique and deadly fighter. Unlike its propeller-driven counterparts, this first generation jet aircraft wields the ability to hold on to energy in a straight line, whereas prop aircraft will slowly lose speed. This coupled with its good rate of turn allows the Yak-15 to defend itself against both propeller and jet-powered aircraft, which is what it will normally face in all game modes.

The Yak-15's major faults include a low top speed, poor acceleration, little armour protection, inability to re-start the engine below certain speeds, 270-330 kph (170-205 mph), and small ammunition pool which collectively make this aircraft harder to use than even other first generation jet aircraft such as the He 162 A-2, the Meteor F Mk 3, and the F-80A-5. Although it is driven by a jet engine, it is important to recognize the faults and oddities within this aircraft series as they are not representative of the traditional "jet fighter" at all. The Yak-15 is most easily viewed as a late-war Yak-3 powered by a jet engine and with a different armament.

In Realistic battles, climbing with this aircraft at the start of a match is not always the best course of action, considering how poor the Yak-15's rate of climb is. Instead of the traditional, slow angled climb the Yak-15 is best used in a "zoom climb" where once enough energy has been built up at a low altitude the Yak-15 pilot will pitch up, thus gaining a lot of altitude quickly. This way, if attacked during the first few minutes of the match, the Yak-15 still wields some energy whereas had the Yak-15 been slowly climbing, it would have had to face another aircraft's guns. In order to shake an enemy, especially a prop driven enemy, dive low to the ground to ensure your assailant's speed only decreases. This is called a "speed trap" and can either be followed by a "hammerhead" attack or a continuation of the escape. This tactic of utilizing the Yak-15's ability to hold on to energy in a straight line is negated when facing other jet aircraft who wield the same ability. This is where the Yak-15's dog fighting abilities come into play. Because it is so similar to the Yak-3, the Yak-15 retains some of its manoeuvrability characteristics, namely its turn time. This facet often proves an indispensable one as other first generation jets will not be able to maintain a tight enough turn circle. This allows the Yak-15 to outperform even the best-turning first-generation jets such as the Ho 299 and the Vampire(s), as long as you have an energy advantage.

With some practice, it is possible to consistently get about 3 fighter kills with one load of ammunition in Realistic battles. Using the Air Targets belt is the most effective. However, attacking bombers is best left to other planes with more firepower, since the Yak-15 does not have the firepower or ammunition to reliably kill heavy bombers without sustaining heavy damage. Heavy fighters such as the F7F-1 may also take longer to destroy than other fighters.

In Arcade battles, the Yak-15 is capable of breaking up a "furball" due to its impressive turn time. This coupled with its hard-hitting cannons makes any Yak-15 pilot an indispensable asset to any Arcade team.

Kikka - These are significantly faster than you, and climb better. Since they control the engagement, you cannot do much unless they decide to dogfight with you.

A2D-1 - These turboprops are some of the most common opponents you will see. You vastly outmanoeuvre them, but they can full surprisingly sharp turns and have extremely powerful armament.

F-84G-21-RE - Found in several nations, these fighters are extremely fast, well armed, and durable. Similar to the Kikka, it can control engagements with you so unless they make a mistake, they will be untouchable, as well as being able to take a few hits from your cannons.

SK60B - Being slower than you, you can generally control the engagement. However, they are one of the few planes that can manoeuvre with you, so it will require a fair amount of dogfighting knowledge in order to shoot down, and mistakes will be punished-one hit from the 30 mm ADENs will result in critical damage.