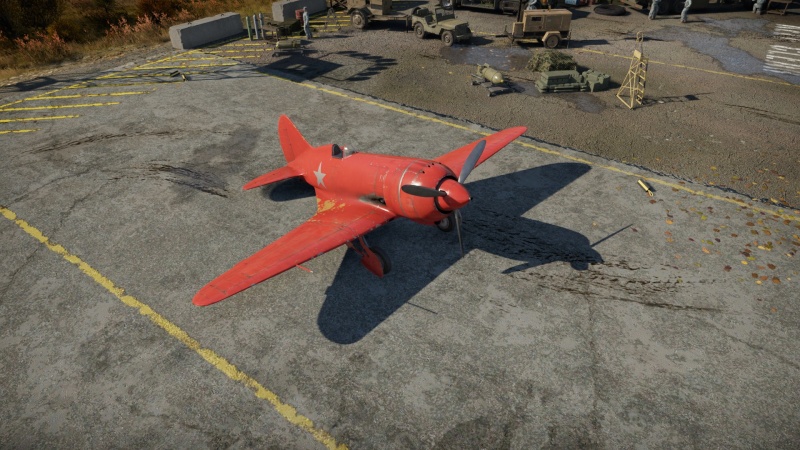 The I-180S is a quite a manoeuvrable aircraft at its BR, being able to turn better than many fighters of its tier.

You can climb to about 4,000-5,000 m of altitude at the beginning of the battle and use Boom & Zoom tactic to get rid of some low-altitude enemies first. If there are any enemies above or at the same altitude as you, it is recommended to attempt to drag them into a dogfight. Head-on attacks are ill-advised against heavily armed and armoured planes such as the F4U Corsair, P-40 Warhawk, and Fw 190 because the I-180S lacks armour around many critical components, including the pilot and fuel tank. The I-180S's armament seems to push the nose up a small amount, but good aim prevents this from being that much of an issue.

Although the I-180S is fairly manoeuvrable, there are some aircraft which can easily outturn it such as the British Spitfire and Japanese A6M Zero. Both of these fighter types have an excellent turn rate which means that dogfighting, even against a mediocre pilot, will most likely result in them getting on your tail. A recommended strategy to combat these types is to try to gain an altitude advantage or do a head-on with a quick snap-turn to out-run them and return for another pass.

In RB/SB modes, the I-180S has a nasty habit of entering stalls at low speeds, especially when turnfighting with manual rudder and elevator controls - at which point, it falls like a rock for a few hundred metres. Daring pilots may be able to use this to their advantage to throw off pursuing planes, but be careful not to end up crashing.