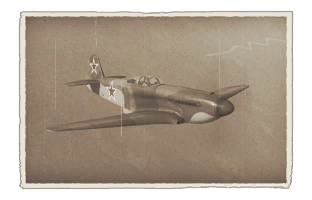 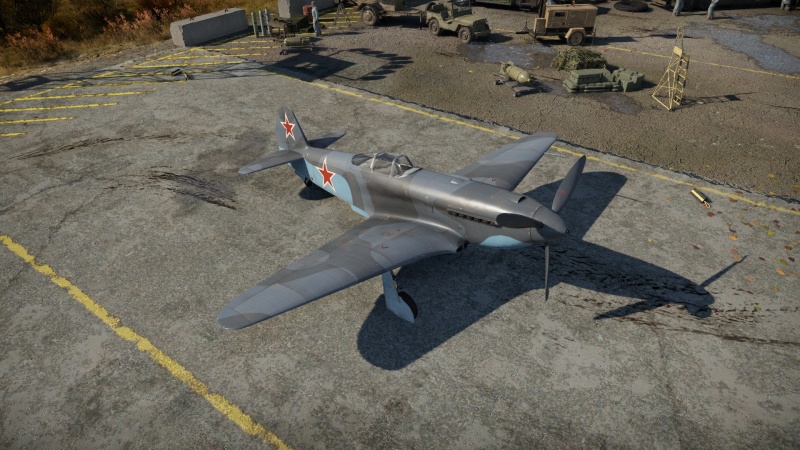 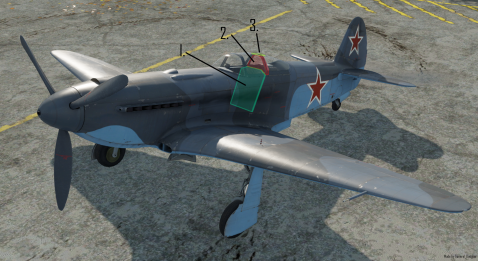 Armour Diagram of the Yak-3 (VK-107), corresponds to the list on the left

The Yak-3 (VK-107) does not have either bulletproof windshield glass or engine protection plate. This makes head-on engagements ill-advised: even if the pilot manages to survive, the in-line engine cannot take much punishment. The overall durability of the plane is poor, as can be expected for a light aircraft. Large fuel tanks are located in the roots of the wings and easily set alight by any incoming bullets. The airframe itself is easily torn apart by heavy machine guns and cannons. Use the Yak-3's manoeuvrability and speed to avoid getting hit in the first place.

The B-20M cannon is located in the engine shaft while the B-20S cannon is mounted above the engine offset to the left. The Yak-3 (VK-107) sports one less cannon than the Yak-3P. With only 2 x 20 mm cannons, the offensive armament is clearly lacking for a plane at this battle rating.