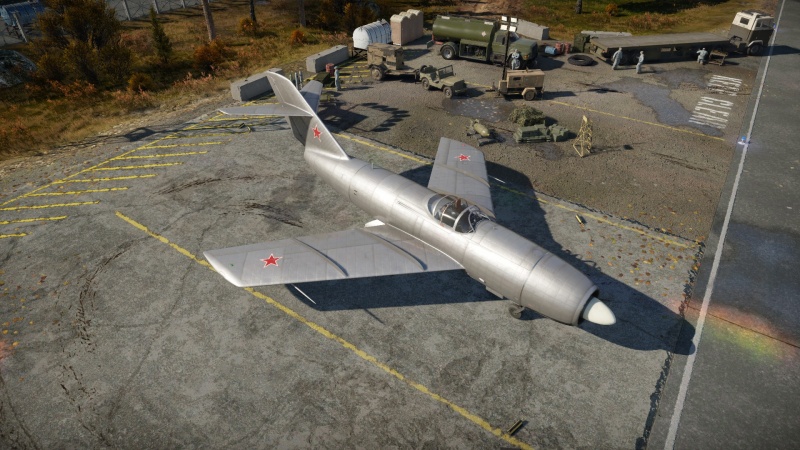 Speed is your greatest advantage. The La-200 can outrun every jet at its BR and even some jets at higher BRs. At the beginning of a match try to gather speed as soon as possible. In an 8.0 game, if you accelerate up to about 1000km/h no one will catch you even if they dive on you. You can use your speed to zoom climb and surprise any climbing (or unsuspecting) players. Remember that other fighters will be more manoeuvrable and that you can't afford taking any hits (top speed drops horribly if you get hit). Always make sure that you have enough energy to run away from the enemy if you miss. And you will miss a lot, the 37 mm cannons are hard to lead and quite inaccurate, so I wouldn't recommend using them on long distances. They are, however, extremely effective when they hit (one shot is almost always enough) so it's possible to get many kills without landing.