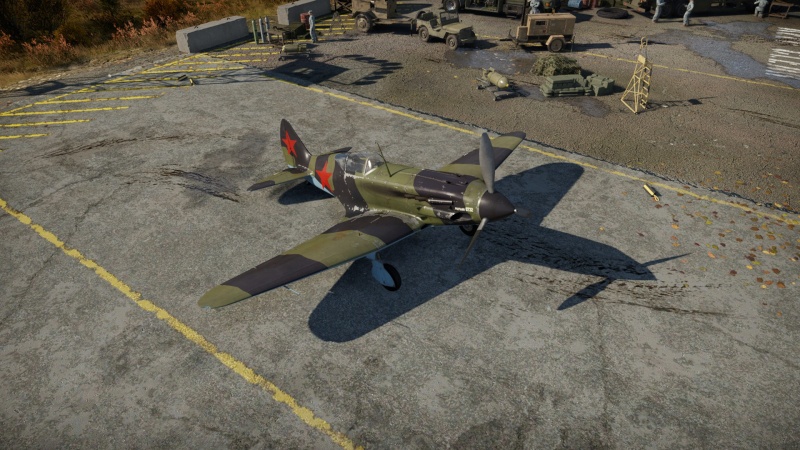 Use the high-powered 20 mm cannons wisely, because they have limited ammo try to aim for critical components such as engines and crew members. Avoid getting in direct line of sight of a bomber, as you can easily get the pilot taken out by defensive turrets on a bomber. Try to intercept from the side and aim for the bomber tail, wing or the pilot.

Leading up to the German invasion titled Operation Barbarossa, MiG-3s found homes at front-line regiments. Here, they could ideally intercept any hostile bomber or reconnaissance aircraft that flew over such as the German Ju-86P. Unfortunately, at the beginning of the German invasion, the MiG-3, though one of the best fighters available to Soviet pilots, proved to be unsuited for the task at hand. Instead of intercepting bombers and reconnaissance aircraft, they instead fought more agile Bf 109s and such in a fashion which negated all of the MiG-3's advantages, and it struggled. With the Bf 109 being more agile and had better weapons, the MiG-3 fought for a foothold but often lost. It was around this time that other Soviet fighters such as the Yak and LaGG series aircraft were debuting and showing their effectiveness at lower altitude combat with more agility and better weapon options. Forcing the aircraft to work as a bomber and ground attack aircraft proved to be an, even more, less effective than as a low-altitude fighter.