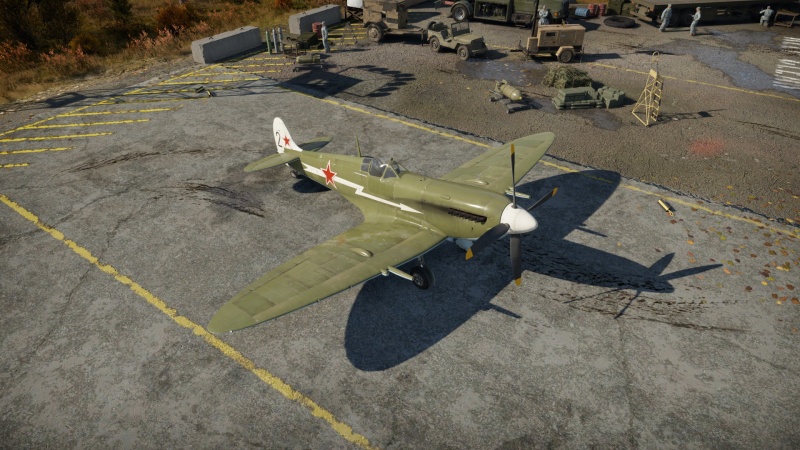 It was made available for purchase in-game with Golden Eagles

Like most Spitfires, the Spitfire Mk IXc (USSR)'s strength lies in its rate of climb and turn rate.

Generally use the 20 minute charge in Air Realistic Battles, since the engine usually consumes enough when using the emergency power. Climb at between 20 and 25 degrees.

The biggest threats you will have will be other Spitfires, which there will be many considering that a possible opponent nation the Spitfire Mk IXc (USSR) can fight is Great Britain, as well as premium variants in America and Israel tech tree (though the latter also has two normal versions as well). Another nation to be cautious around is Japan, which have fighters like the Ki-84, N1K, and J2M that could take on a Spitfire pilot.