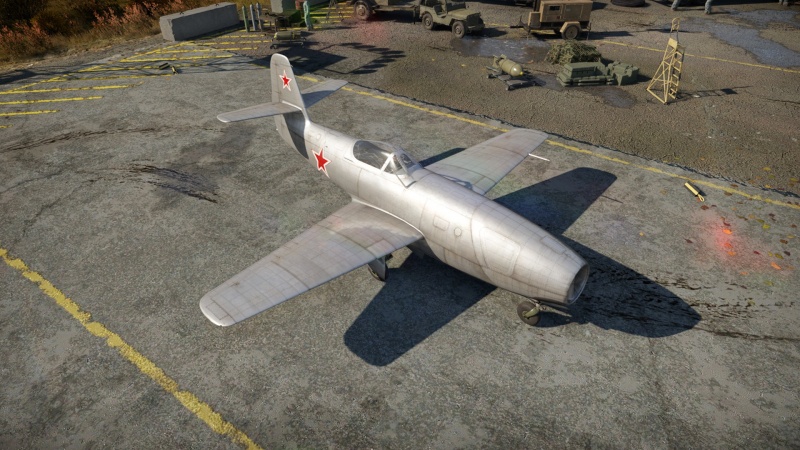 The Yak-23 has an extremely light airframe and relatively powerful jet which gives it an enormous thrust-to-weight ratio, making it one of the best accelerating (and climbing) jets in War Thunder. The Yak-23 is not only a good bomber hunter but also an excellent fighter. Almost no jet can accelerate better than the Yak-23 below 800 km/h and no jet in the Yak-23's BR bracket can compete with its climb rate unless it has a massive energy advantage. This gives the Yak-23 a huge advantage over the vast majority of opponents it meets. The Yak-23 cannot carry any ordnance and is thus purely subjugated to fighter duties and should be used accordingly.