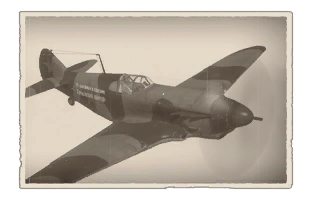 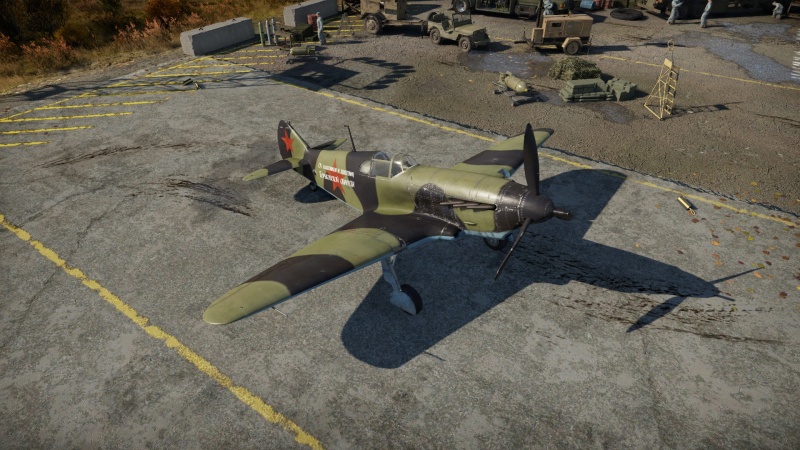 The LaGG-3-34 is a modification of the LaGG-3 with a nose-mounted 37 mm NS-37 autocannon that can be equipped with a variety of belts, including AP. As such, it can fight late biplanes and early fighters but will suffer in low altitude engagements due to its weight. However, if used as a heavy fighter (maintaining energy, using altitude and avoiding furballs), the LaGG-3-34 is extraordinarily effective in dealing with planes and tanks.

Many people will head-on this aircraft if you use it as a fighter instead of an interceptor. Fire off a few shots with the 37 at .6 km, and then pull up or down to avoid their fire. Any damage to your engine can be fatal, as the glide characteristics of this modification of the LaGG are not very good. Bombers are wary of all aircraft approaching them. As such, coming from directly behind is not advisable. Blasting a wingtip off of a bomber from above is an excellent way to avoid being hit by most gunners.

In as early as 1940, M.I. Gudkov had the idea of installing large-calibre cannons on the LaGG-3 in order to combat enemy armoured vehicles. In the spring of 1941, Y.G. Taubin and B.G. Shpitalny began to develop a model of the fighter equipped with 37 mm cannons.

Wing-mounted bomb racks were not installed. Automatic slats were installed on the wing panels to improve the plane's runway characteristics and manoeuvrability at low flight speeds.

Planes of this model saw successful use in combat at Stalingrad. Firing from the 37 mm cannon did not shake the plane, and accordingly, did not affect firing accuracy, which was particularly important in battles against armoured vehicles.