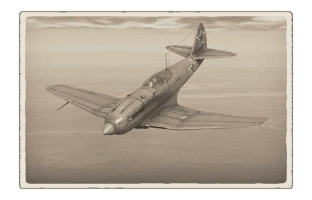 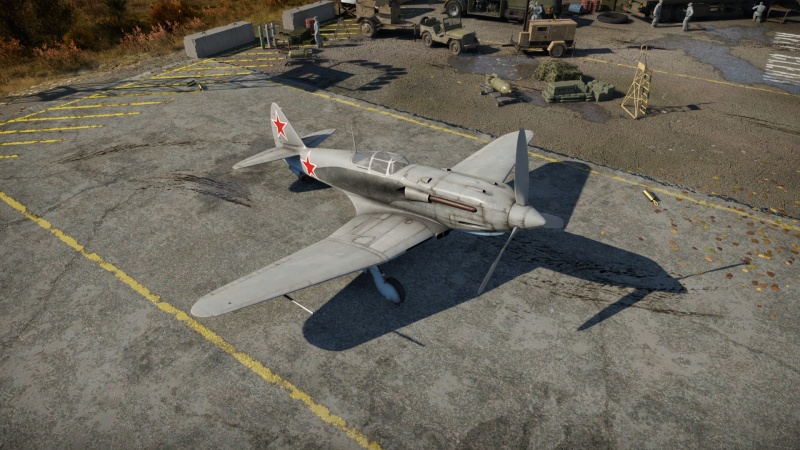 The I-225 is the latest claim to the throne of Soviet prop-fighters. With its high speed at high altitudes, decent armament, good turning capabilities and insane climb rate, this Super-MiG is the best all-around dogfighter Russia has to offer. Although relatively useless as an interceptor in real life, the I-225 is quite potent in War Thunder, being one of four Soviet props that are good at altitude, which is very unique for the Soviet tech tree that is mostly comprised of low-altitude prop planes. From take-off and into the fight, this MiG is an overall smooth operator and can be very competitive even when facing early jets.

The 20 mm ShVAK cannons are very accurate and are extremely powerful in controlled, well-aimed bursts to enemy wings and critical components. Your default belts are quite powerful and the cannons themselves are highly accurate due to the nose mountings. While most players recommend the "Ground Targets" belt, this is not necessarily the best choice when it comes to the I-225 thanks to the poor ballistics and damage output of the Soviet HEF and FI-T shell. The "Armoured Targets" belt contains three AP-I shell and one HEF shell, and this combination provides the best option as to start fires and damaging modules.

Manual engine controls can be used to counter the rapid overheating caused by using WEP. Following these instructions will allow you to use WEP indefinitely unless on a warm map.

The experimental high-altitude fighter/interceptor I-225 was created in the Mikoyan design bureau as part of work to develop new prototypes of fighter aircraft with new engines. The first experimental prototype was finished by May 9, 1944. The aircraft was designed to carry a powertrain consisting of a 2,000 horsepower aircraft engine and a turbocharger. Its armament in comparison with previous prototypes was strengthened and consisted of four 20 mm ShVAK cannons. In testing (primarily tests of the fighter's speed and altitude options) the aircraft showed impressive results: it could reach a speed of almost 560 km/h near the ground and 720 km/h at high altitude. Just two I-225s were built for testing purposes. For various reasons, both aircraft crashed in testing. After a range of improvements and upgrades, in March 1947 work on this project was stopped.

"During the early stages of the war on the Eastern Front, the German Ju-86P high altitude reconnaissance plane saw the Soviets lacking in a capable high altitude interceptor. Deeming it necessary to deal with these high altitude recon planes, an order went out for the creation of an interceptor that could fly high and fast enough to dispose of any intruders. The Mikoyan-Gurevich aircraft company, already successful with the high altitude MiG-3, took on the challenge to develop the fighter. The prototypes began development in 1942 as the I-220 series.

The I-225 the last of this series of aircraft. The I-225 was an improvement on the earlier I-220; compared to its predecessor the I-225 featured a pressurized cockpit, a cut down rear fuselage, and 4 synchronized 20 mm cannons firing through the propeller. The I-225 was powered by "a Mikulin AM-42B 12-cylinder liquid-cooled Vee engine equipped with a TK-300B turbo-supercharger on its starboard side and affording 2,000 hp for take-off and 1,750 hp at 7,500 m."

The all metal aircraft flew for the first time on the 21st of July, 1944. On August 2nd of the same year, the plane hit 707 km/h at an altitude of 8,500 m. During the 15th flight, the aircraft's engine seized at an altitude of 15 m and was deemed irreparable.

The second prototype and its tests were delayed until March 14th, 1945. The second I-225 was fitted with the AM-42-FB, an improvement on the first prototype's engine. This second prototype reached a speed of 726 km/h, one of the fastest speeds reached by any Soviet aircraft.

By the time of the I-225 the Germans had ceased high altitude operations rendering the existence of the plane largely unnecessary. However, development on high altitude aircraft continued thanks to the possibility of the Soviets going to war with the Western powers, who possessed heavy bombers that could operate well outside the effective operational altitudes of Soviet piston-engined planes.