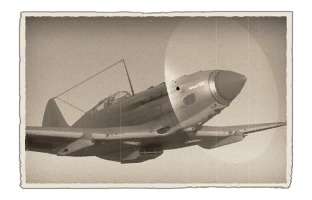 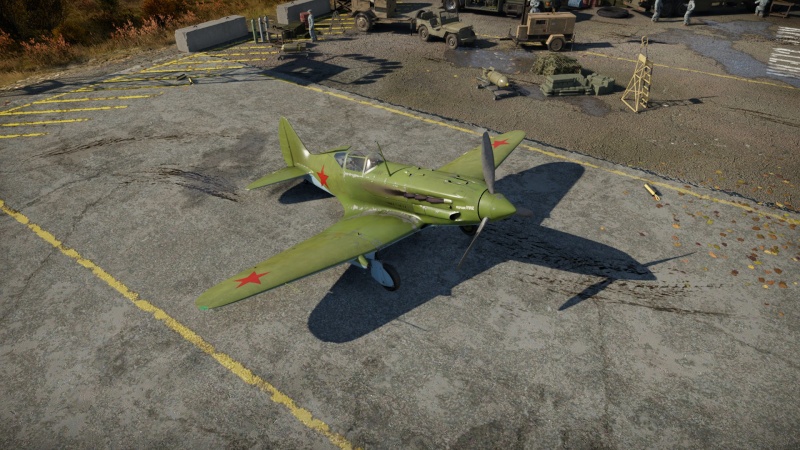 This benefit the MiG-3-15 (BK) since, when combined with the ShKAS for range finding, the Berezin MGs can be devastating. A 2- to 3-second burst is all that is needed to either slice off a wing or set the engine on fire, whether it be a BF-109 F-1 or an A6M2 (especially). Always aim for the wings, however, as many airframes can absorb the 12.7 mm bullets. Against bombers, however, the MGs may be slightly less effective than cannon. Use either the Air-Targets Belt, pure API-T (Tracers), or Ground Targets (which have cermet core rounds). The MGs are also more effective than the ShVAKs at longer range, as they are generally more accurate and lose less velocity.

Even in Arcade, the Mig-3-15 is relatively inferior to most competitors. Its battle rating puts it with fighters such as the A6M2-N, F4F, and even the early Yak line. However, high altitude performance is one redeeming aspect, as is its top speed as well as level speed. Use this to your advantage, and BnR is very effective and BnZ is do-able as well.

The armament in AB is actually quite effective. The Berezin UB MGs are more than effective for bringing down any fighter, but may struggle with larger and faster bombers such as the A-20. In most aspects, the Berezin UB is more effective and versatile than the M2 Browning .50 calibre MG.

Like the successor to the I-16 and ultimately itself, the I-185, the Mig-3-15 is an excellent BnZ fighter. Strangely enough (for a Soviet plane), it has better performance at higher altitude than it does at low altitudes due to the specialized high-altitude engine meant to remedy the problems of the Mig-1 (not in War Thunder). Additionally, it has a good climb rate and excellent speed for its BR. Start a match by climbing fairly high- 3-4 km should be enough depending on your opponents (biplanes or Bf 109s). From there you can either make work of the bombers or lower-altitude fighters. Roll rate is average while durability is also average for a plane at this BR. The high speed makes Boom & Run manoeuvres a breeze.

By utilizing a full-sized model of the aircraft in a wind tunnel, designers quickly set about documenting necessary changes in the aircraft's configuration. The increase of the outer wing dihedral improved the wing's overall stability and lengthening the fuselage by just four inches improved the horizontal stability of the aircraft. By happenstance, the minute change in length created enough space for an additional 250 litres (66 gallons) fuel tank installation behind the pilot seat. Inert exhaust gases were routed to the fuel tanks to help improve the survivability of the aircraft and pilot by reducing the likelihood of fuel fires if enemy gunfire punctured the fuel tanks. Other improvements included strengthening the landing gear, larger main wheels, extending the canopy glazing aft for better visibility, improved gunsight, updated configuration of the instrument panel and an overall increase to 750 rounds of ammunition per machine gun.

After making the recommended updates and changes, the heavily modified I-200/MiG-1 (fourth revision) made its maiden flight on 29 October 1940. The Soviet state accepted this version of the aircraft during December 1940 State acceptance trials and due to the significant changes made to the plane was renamed to MiG-3. Though the Mikoyan-Gurevich design bureau rectified many of the MiG-1's deficiencies, unfortunately, the resulting aircraft ended up being 250 kg (550 lbs) heavier and reduced service ceiling by 450 m (1,500 ft). They also took approximately a minute longer to reach 4,900 m (16,000 ft) than the original MiG-1s. Two other positive outcomes for the MiG-3 was an overall increase in the aircraft's speed at altitude and sea-level along with an increase in its service range.

Though designed as a high-altitude bomber-interceptor, the MiG-3's pilot's oxygen supply was woefully inadequate, both fuel and oil pumps failed to keep necessary pressure at altitude and pilot inexperience with high altitude flying all played against the aircraft's abilities. Once again, the MiG Design Bureau set out to fix these deficiencies and when complete, the MiG-3 design teams optimized it for high altitude operations above 6,000 m (20,000 ft). Here the MiG-3 boasted almost a 26 km/h (20 mph) speed advantage over the German Bf 109E, though at sea-level, this advantage disappeared and the MiG-3 had roughly the same top speed as the Bf 109.

Leading up to the German invasion titled Operation Barbarossa, MiG-3s found homes at front-line regiments. Here, they could ideally intercept any hostile bomber or reconnaissance aircraft that flew over such as the German Ju-86P. Unfortunately, at the beginning of the German invasion, the MiG-3, though one of the best fighters available to Soviet pilots, proved to be unsuited for the task at hand. Instead of intercepting bombers and reconnaissance aircraft, they instead fought more agile Bf 109s and such in a fashion which negated all of the MiG-3's advantages, and it struggled. With the Bf 109 being more agile and had better weapons, the MiG-3 fought for a foothold but often lost. It was around this time that other Soviet fighters such as the Yak and LaGG series aircraft were debuting and showing their effectiveness at lower altitude combat with more agility and better weapon options. Forcing the aircraft to work as a bomber and ground attack aircraft proved to be an, even more, less effective than as a low-altitude fighter.