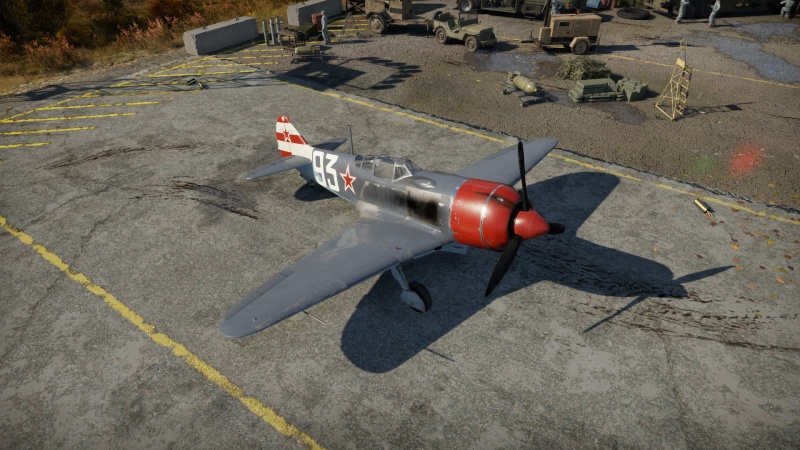 The plane is painted after the camouflage scheme of Soviet pilot Sergei F. Dolgushin in the 156th fighter aviation regiment from September 1944 onward.

The key to staying alive in the La-7 lies in deceiving the enemy. By flying at around 4.5 km altitude you present yourself as an easy target for Boom & Zoom aircraft that are flying at higher altitudes. When you spot someone diving at you, break off and evade his burst, while slowly luring him into manoeuvre combat - this way you will start gaining the edge while the enemy loses his speed and momentum in the turn. Another habit worth developing in the La-7 is ammo conservation - the ShVAK shoot fast and in RB it is a skill worth having - it is crucial to only take shots that you know will hit and aiming them carefully. This way you stand a bigger chance of critically damaging the enemy airplane. By following those rules you will soon find yourself researching the final Lavochkin piston fighter - the La-9.