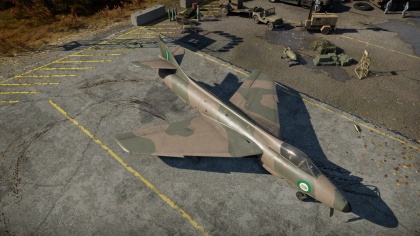 Although without an afterburner, this aircraft will out-accelerate almost all aircraft at it's battle rating. The ▀MiG-15 bis and MiG-17AS will out-accelerate you on the runway, but from about 400-1000km/h you can pretty much outrun everything, even Shenyang F-5s, F86Ks and F100s all with afterburners. The aircraft has the best acceleration for a non-afterburning jet in the game. It also has extremely good top end speed for its battle rating. Be warned the aircraft is a brick (especially at lower speeds) so most aircraft will out-turn you. Turning is advised only against larger aircraft like F-4 Phantoms.