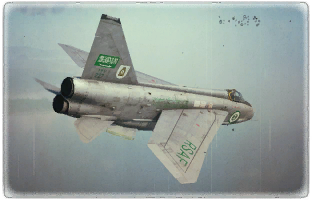 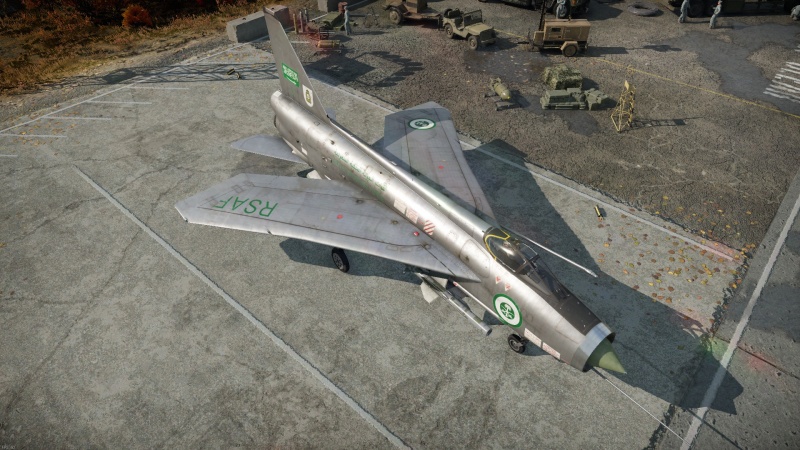 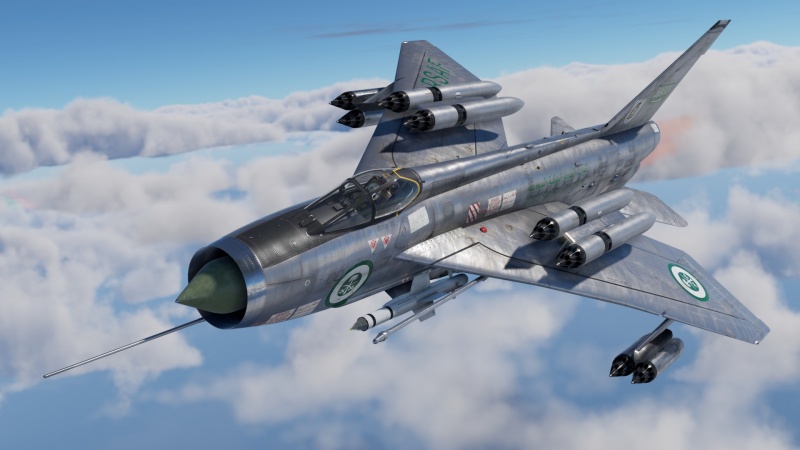 The Lightning F.53 is a premium gift rank VI British jet fighter with a battle rating of 9.3 (AB/RB) and 9.7 (SB). It was introduced in Update "Danger Zone".

The Lightning F.53 is an export variant of the Lightning F.6 which was used by the Royal Saudi Air Force (RSAF) and the Kuwait Air Force (with the in-game vehicle representing a RSAF Lightning). The main difference between the Lightning F.53 and the standard F.6 version is that the F.53 can carry a selection of ground attack ordnance (bombs and rockets). The Lightning F.53 retains the stacked engines and side-mounted missiles, while adding to the list of unusual design choices with the unique ability to carry ordnance on top of the wings; something very few other aircraft were designed to do (the Jaguar GR.1A being a notable one).

The Lightning F.53 has an identical internal layout to the Lightning F.6 upon which it is based. This means that most of the area in the wings is full of fuel tanks; likewise the stacked and staggered engines are retained. While the top engine is exposed and vulnerable to enemy attacks it can often absorb bullets, protecting the lower engine from damage (assuming the enemy is attacking you from the rear and above).

Where the Lightning F.53 does differ from the Lightning F.6 is in the addition of a 64 mm bulletproof glass windscreen. This is the only armour found on either aircraft.

The Lightning F.53 is armed with:

The Lightning F.53 can be outfitted with the following ordnance presets: