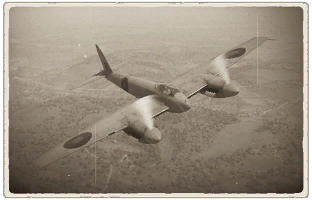 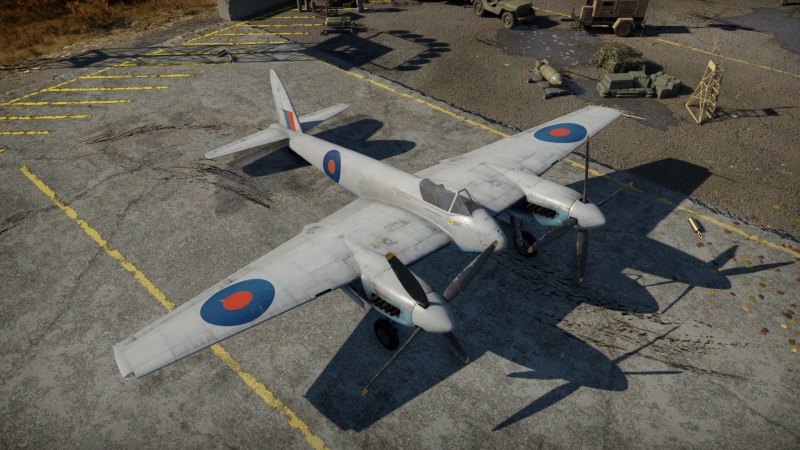 For pilots who loved the Mosquito, the Hornet is a dream come true. As a descendant of the Mosquito FB Mk VI, it maintains many similarities to its older brother, namely an all-wooden construction and the iconic de Havilland tail design. However, the Hornet somehow managed to improve on the already excellent Mosquito platform, increasing speed, manoeuvrability and armament while reducing overall aircraft proportions. From takeoff and into its flight, the Hornet is an overall smooth operator with brutal speed, reaching easily over 600 km/h in level flight at 4,000 m, insane climb rate, and excellent manoeuvrability for a twin-engined fighter. However, it's still a twin-engined fighter which means it can still be outmanoeuvred by most single-engined opponents it faces. Being a predecessor to the regular tech-tree variant Hornet Mk.III, its flight performance is slightly worse but barely noticeable.

The consideration in buying this plane should rely on the experience already gathered with other twin-engined fighters, although when flying this plane is mastered, it's excellent at grinding out the British prop-ranks.

The Hornet Mk.I is armed with:

The Hornet Mk.I can be outfitted with the following ordnance:

Being a twin-engine fighter, it handles rather poorly when compared to single-engined fighters. It should not be expected to outmanoeuvre enemies, therefore you should really rely on your speed and try to keep you energy advantage. It might be possible to lure enemies into various manoeuvres where the excellent acceleration can be used to your advantage. If you have any experience from similar fighters like the Hornet Mk.III or any Mosquito, you can heavily use that to you advantage. Because the Hornet is an all-wooden construction, its ripping speed and maximum wing overload is rather low compared to other fighters.

When engaging fighters, a BnZ-playstyle should be used. One shouldn't commit to turning with the engaged enemy, because almost every plane, even light bombers will outturn you. The 4x Hispano Mk.Vs mounted in the front of the plane with an ammo pool of 190 rounds per gun, provide excellent firepower. The Hornet should be flown near friendlies because even when it can't get its guns on target, the enemy planes need to evade the bullets, therefore being an easy target to get picked off by allied planes nearby.

Because of its excellent climb rate, the Hornet can also be used as a bomber hunter. In his role, the main focus should lie on getting altitude to engage bombers from above, with far more speed than them. Do not try to spray your guns whilst being near the rear of the bomber, instead focus on one wing, then disengage after you've stricken the bomber.