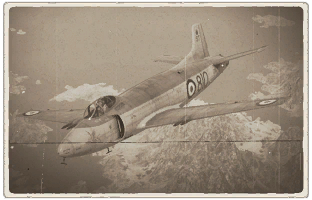 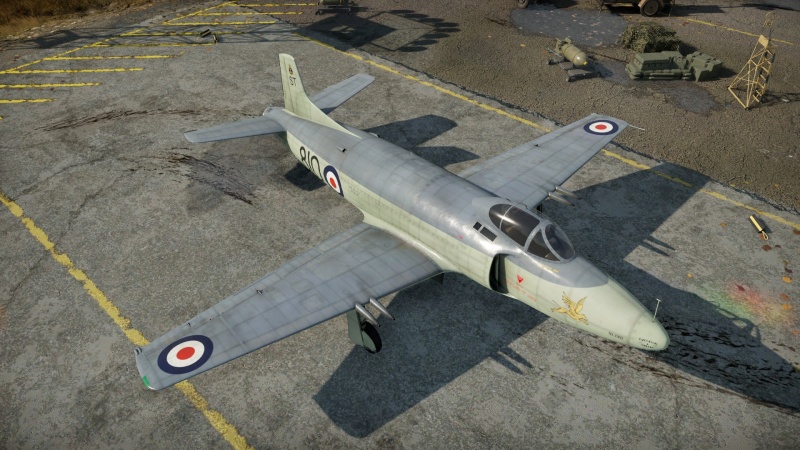 In terms of armour protection, the Attacker FB.2 has bulletproof glass in front of the pilot for some protection against head-on projectiles (although the nose has no armour, so projectiles can still attack the pilot through there). A 12.7 mm armour plate is also present behind the pilot, separating the cockpit from the rest of the fuselage. These armour protection serve more to block against incoming glancing rounds rather than concentrated firepower from the armour's general direction.

The plane's modules are all centred in the middle of the fuselage, with only small fuel tanks present at the wing roots as an outlier. All fuel tanks are self-sealing so fuel leaks are not a large problem providing that there are enough fuel reserve remaining before the fuel tanks are sealed. The plane's wings and tail do not have modules, but they can suffer damages to the surface areas and control surfaces.

The Attacker FB.2 is armed with:

The Attacker FB.2 can be outfitted with the following ordnance: