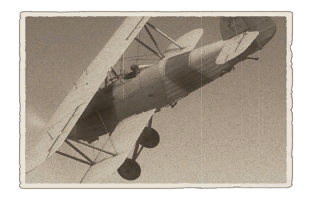 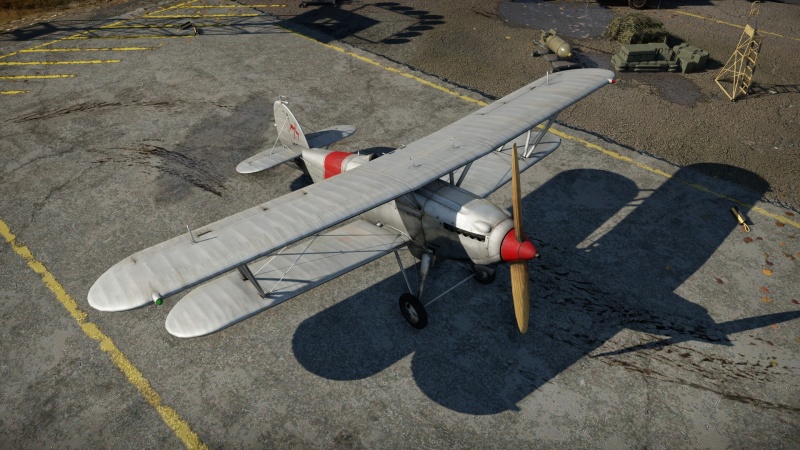 The Nimrod Mk II is a rank I British naval fighter with a battle rating of 1.0 (AB/RB/SB). It has been in the game since the start of the Open Beta Test prior to Update 1.27.

The Nimrod Mk II is a rank I plane for Britain. It is a biplane with 2 x 7.7 mm Vickers machine guns. The main difference between it and the Mk. I is the slightly swept wing and more powerful engine. Climb rate, turn rate, roll rate, and acrobatic ability are superb, mostly due to the Nimrod being a biplane.

Being a biplane, the Nimrod is very forgiving and thus is very flexible in techniques and tactics. Turn rate provides players with a thrilling beginning in Arcade, and the roll rate and climb rate provides for some interesting acrobatics with the Nimrod. The armament is poor when compared to contemporaries.

The endurance of the Nimrod Mk II is very good given the high ammunition count, turn, roll and climb rates. Realistic Battles (RB) with the Nimrod are a great first taste of actual RB play with more specialised planes.

Simulator battles (SB) with the Nimrod provide a great chance for players to have their first taste of Simulator Battles. The open cockpit provides beginners with an open and clear view, and learning to use the gun sight provides unique gameplay for beginners.

Overall, the Nimrod provides a solid and reliable foundation experience for players who have recently begun the game.

The Nimrod Mk II is a extremely agile aircraft owing to its biplane design. The Nimrod will handily and readily match most if not all enemy aircraft it encounters in turn fighting. It can be noted that it has a rather steady rate of acceleration with nothing exceptional to note. It can readily climb at a respectable rate to allow it to keep pace and join the fray alongside its teammates without much issue either. All around, the Nimrod at its base level will perform what its pilot asks of it with little issue

It typically tops out at around 255 km/h during level flight, during a dive this will rise to around 350 km/h on average with of course further attainable speed with harsher dives. It will still respond to sharp turns even at its diving speed and bleed back to around 255 km/h retaining most of this speed well during a turnfight if the pilot is careful to not stall by climbing. Should the player push the Nimrod to its upper limits of around 400 km/h in very steep dives they will find the control surfaces begin to lock up, meaning an immediate turn to engage a threat will be impossible and the Nimrod will sluggishly turn until it bleeds enough energy to regain its agility once more around the 350 km/h mark.

The Nimrod can handle as many Gs as it is able to generate at its speed and weight, provided the pilot is trained. Lower level crews may suffer the occasional blackout due to the Gs pulled during the harsher manoeuvres the Nimrod can pull.

This aircraft is vulnerable, as there is no armour protection for any of the modules. All the modules are focused towards the front of the plane.

Being a basic biplane with no secondary armaments, the modification path is a simple recommendation of focus on attaining the 'New 7mm MGs' modification. Owing to the relatively low damage caused by the 7.7 mm Vickers, trigger time on your target will be vital and this upgrade will extend the amount of time the guns may run before overheating and potentially jamming.

Further to this is simply enhancing the agility and mobility of the Nimrod Mk II.

These are the standard Vickers machine guns prevalent in the early British tree, they are high capacity and very fast-firing but owing to their lower calibre they do considerably less damage to an airframe than their contemporaries such as the 12.7 mm Breda-SAFAT machine guns found on Italian aircraft. However their high RoF allows them to be more forgiving for newer players, scoring hits and allowing one to get a feel for the lead on these guns comfortably.

Focusing vital spots if possible is essential, head on engagements are not encouraged due to the unfavourable chances of destroying an aircraft that most likely will have superior firepower.

The belts available are simply different mixtures of rounds already suitably available on the default belt. However it is advisable to take the 'universal' belt as it removes filler 'Ball' rounds and leaves only a mix of Tracer, AP, and IAI rounds.

Piloting the Nimrod Mk II will be relatively the same regardless of the game mode (AB, RB or SB.) The Nimrod is a pure fighter craft and is not capable of carrying any strike armaments and its ability to provide CAS is limited to opportune gun runs on vehicles with open tops or no armour whatsoever.

The Nimrod Mk II is very much a dogfighter, it is sturdy comparatively as biplanes go, and able to turn with the best of its peers and keep them on their toes. Players may find it more suitable to focus on anti-fighter and anti-strike craft gameplay as the Vickers machine guns will struggle to bring down full size bombers when encountered and one will most likely end up with a destroyed Nimrod at the hands of one of many turrets typically found upon bomber aircraft.

Positions where the Nimrod has the chance to tail another craft are the most likely to result in a confirmed kill, however with pilot skill the Nimrod can easily reverse a tail on itself with patience. Head-on engagements are discouraged due to the low damage potential of the Vickers machine guns, however confident pilots may succeed readily due to the high RoF and ability to 'pilot snipe'.

Opponents to keep a keen eye out for are:

CR.32: These Italian craft can match and even out-turn the Nimrod Mk II while boasting the aforementioned fearsome twin Breda 12.7mm machine guns. Even a small pass during a turnfight can reduce the Nimrod to a flaming wreckage.

Ki-10: These Japanese craft, while sporting the same calibre armament as the Nimrod. Can also readily outturn and harass a Nimrod Mk II.

I-15: All I-15 aircraft whether the Russian or Chinese variants are fearsome opponents owing to their excellent agility and slightly superior firepower comparative to the Nimrods own.