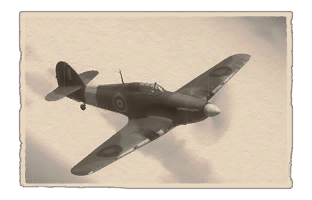 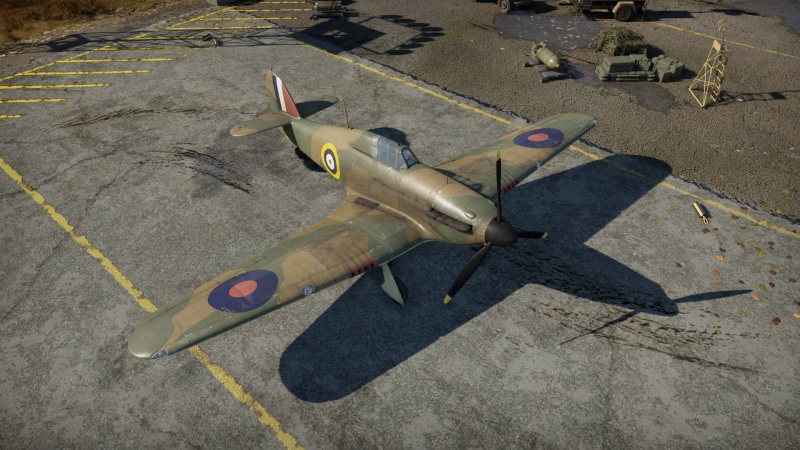 The Hurricane Mk I/L is a bit more sluggish in movement and turning than its brethren the Spitfire (Family) but is not an plane to take lightly because its not as agile as the Spitfire (Family) it's still a very manoeuvrable plane and a good dogfighter, having a top speed of 550/525 km/h (AB/RB) makes it not the fastest fighter of its BR, but combined with its manoeuvrability makes it a plane to be wary of when facing it in combat. Its manoeuvrability and speed is not the greatest, it can feel a bit sluggish at low speed and can lock up quite easily at high speed, but when it's at an average speed it can perform very well for a plane, it can hold its own against enemies. Its strength is that it can get up to a decently speed and it can turn very well compared to other some of the other nations fighters. 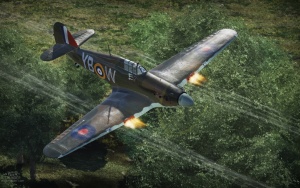 The Hurricane's wings make a sturdy platform for the 8 wing-mounted 7.7 mm machine guns 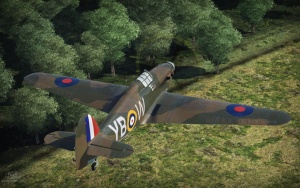