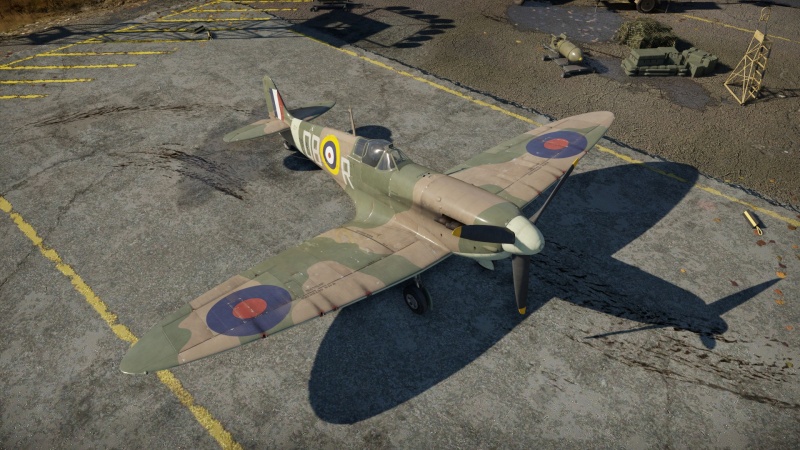 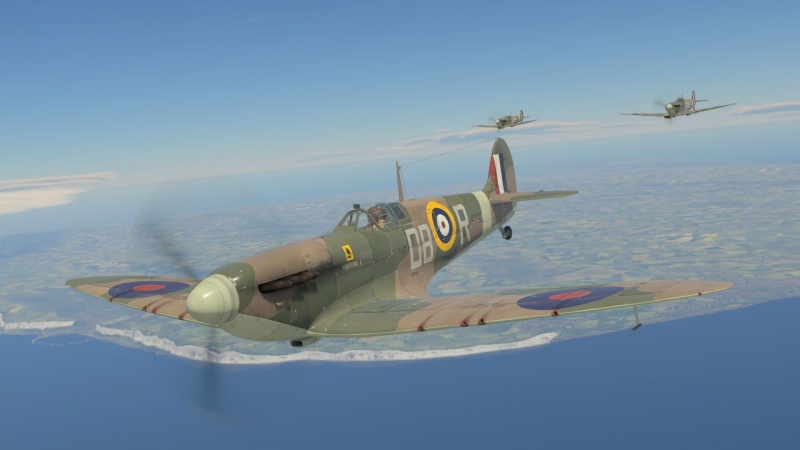 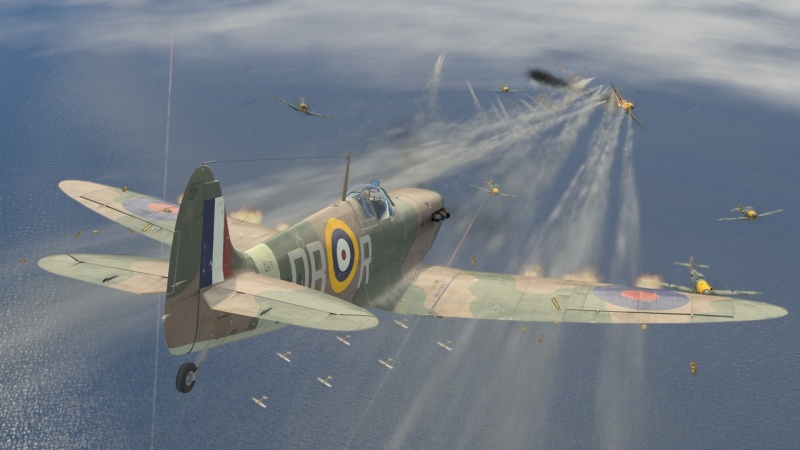 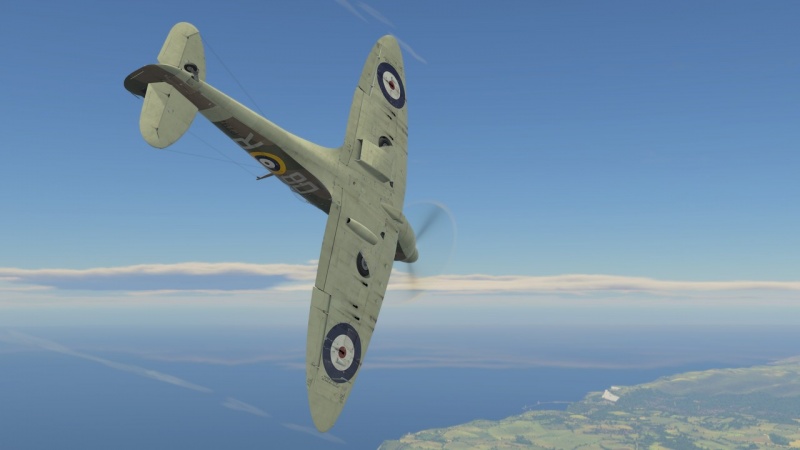 The Spitfire Mk.IIa Venture I is a premium rank II British fighter with a battle rating of 2.7 (AB) and 3.0 (RB/SB). It was introduced in Update "Starfighters".

The Spitfire has a relatively good ammo count but the 4-digit ammo can be deceiving, since there are 8 guns on the aircraft. These should be primarily used against aircraft but can also be used as last resort to attack light or non-armoured ground targets, usually with stealth or universal belts. The job should be left to dedicated gun platforms like the Hurricanes and the Hellcats.

The Spitfire Mk.IIa Venture I is an excellent low to medium altitude dogfighter. Lacking a supercharger, it shouldn't be used at high altitudes. In Air RB, it's best to climb to around 3,500-4,000 m (11,500-13,200 ft) where the Merlin XII engine performs optimally. After climbing, release WEP and reduce throttle to below 95% to cool the engine until you've found a target. When engaging opponents, diving should be carefully executed to avoid speeds of 450 km/h (280 mph) or greater, where control surfaces begin to suddenly stiffen. In combat, the light airframe and powerful engine provides a respectable rate of climb and an incredibly tight turning circle, combined with its eight browning machine guns, it is capable of eliminating enemy targets in short, controlled bursts. Poor weapon management will deplete your 2,800 rounds of ammunition quickly because individually, the machine guns are not very powerful. Concentrate and aim for the engine, cockpit or wings where your bullets will be most efficient at destroying vital components, such as wing spars or control surfaces.

Defensively, it's most susceptible to experienced Bf 109 pilots who know not to engage early model Spitfires in turning engagements. When forced in an energy fight or outnumbered, reduce the altitude of your opponents and fly towards your team. Use your roll rate and tight turning radius to avoid enemy fire whenever possible. The plane is capable shaking enemy fire due to its nimbleness. If no teammates are around, force the enemy to be low and slow, use your superior turn and roll-rate with flaps to get the edge. This includes against Japanese aircraft. Zeroes are the only contemporary capable of turning with this Spitfire, use your flaps and manage your engine throttle carefully, rolling scissors is an excellent manoeuvre to get the edge against light Japanese fighters.

Landing the Spitfire Mk.IIa Venture I is easy, the plane doesn't like to give up speed easily, so roll 90 degrees left and right banking low and hard to reduce speed. Once around 200 km/h (125 mph), deploy your landing gear to perform a fast landing. Flaps are unnecessary unless making an emergency landing.

Should You Buy The Spitfire Mk2A Venture? - Sako Sniper