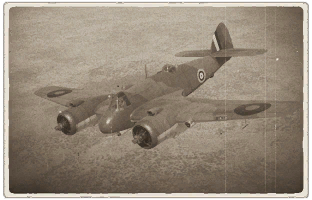 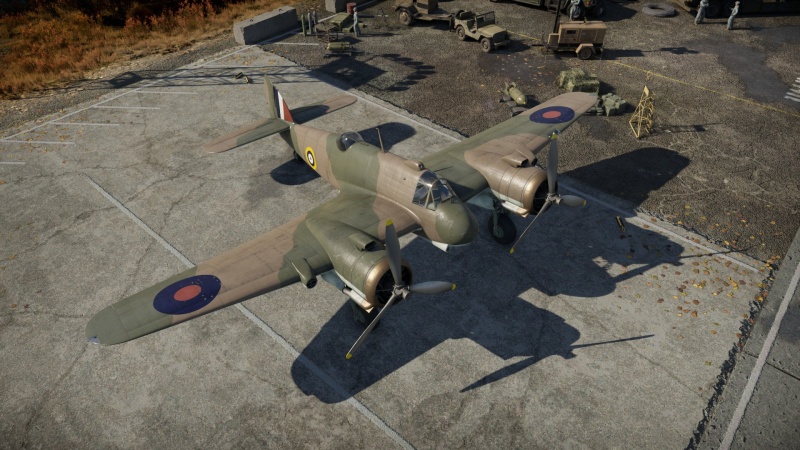 The Beaufighter Mk I Prototype (40-mm) is a premium gift rank II British strike aircraft with a battle rating of 2.0 (AB), 2.3 (RB), and 3.3 (SB). It was introduced during Update "Direct Hit" as a reward for Battle Pass: Season V, "River Hunter".

By 1941, 20 Beaufighters were reserved solely for testing. The 4th prototype, R2055, was modified by replacing its standard armament with 2 40 mm guns. The gun mounted on the port fuselage was a Rolls-Royce BH, and the starboard fuselage gun was a Vickers S. The trials involving R2055 eventually lead to the the development of an anti-tank Hawker Hurricane Mk IID, mounting 2 of the Vickers guns tested on the Beaufighter.[1]