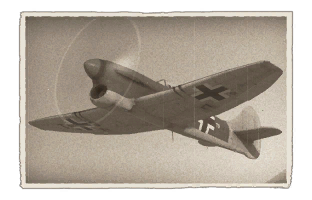 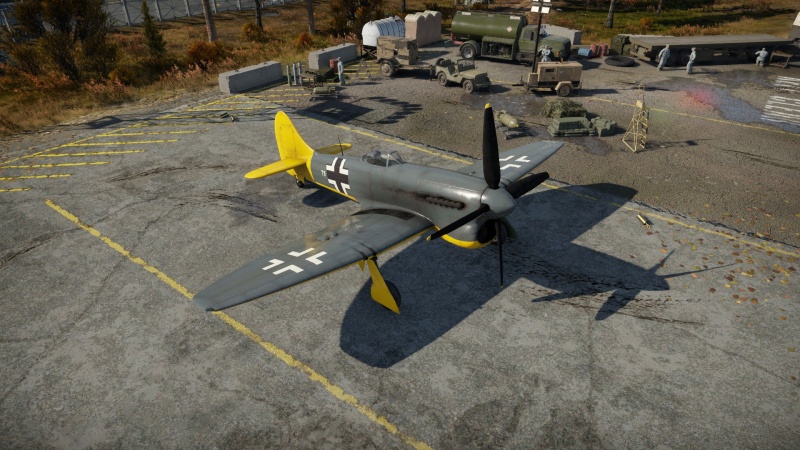 The ▀Tempest Mk V is a premium rank IV German fighter with a battle rating of 6.0 (AB), 5.7 (RB), and 6.3 (SB). It was introduced in Update 1.43 as a premium vehicle purchasable in-game with Golden Eagles

The Tempest has an excellent Napier Sabre 2 engine. It allows air speeds up to 727 km/h (393 knots). The aircraft has a descent manoeuvrability, and extending the flaps helps massively in turning. You can outmanoeuvre almost any American airplane, but dogfighting isn't recommended in this plane. It can withstand from 14 G to -7 G.

The Tempest's weakest point is the engine. It is very big and gives away after 2-3 hits. The aircraft becomes vulnerable because speed is one of its biggest advantages. It has an armoured glass in the front (44.45 mm or 1.75 in), and armour on the back of the seat (16.9 mm or 0.66 in). Its worst opponent is the Spitfire series. It's best not to mess with them. If you entered a dogfight reduce airspeed, extend flaps and let them overshoot. The Tempest is also vulnerable to AAA fire. You should avoid flying over enemy bases and airfields. If impossible to avoid, get close to the ground and fly away. Other than that the aircraft is very durable. It can withstand a solid amount of damage with MGs and cannons in the hull. To increase chances of surviving, you should always avoid decreasing airspeed under 200 km/h (107 knots).

The Tempest has great performance in altitudes up to 5,000 m (16,404 ft). It isn't recommended to hunt bombers. The aircraft is best at destroying less manoeuvrable planes like: Fw 190s, F4U Corsairs, Bf 109s, ground attack planes and any bomber that comes near the ground. It excels at high speeds. However it isn't a classic boom-and-zoom aircraft because you shouldn't fly too high after attack. The guns reach maximum efficiency when firing in bursts. Try to avoid long bursts, a burst should not exceed 5-6 bullets. You should replace the climbing with flying away in a more or less straight line. Don't attack unless you can fly away at a high airspeed (at least 500 km/h or 269 knots).