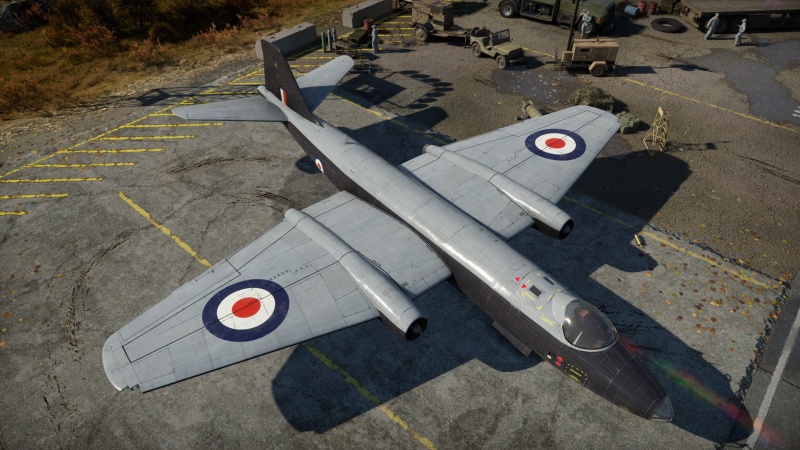 Climbing high to around 10 kilometres will save you from most predators and AA fire in both AB and RB as the Canberra has one of the best climb rates and high-alt performances in the game. Watch out for the Me 163 and Ki-200, who can climb to you easily thanks to their Rocket Engines. A common strategy by Canberras (and B-57s, as they are the same airframe) is to head to one base, drop all payload on such base and then running for their lives. Using the 6 x 1,000 lb payload is recommended for usage on bases while 1 x 4,000 lb + 2 x 1,000 lb payload works best when used on airfields.