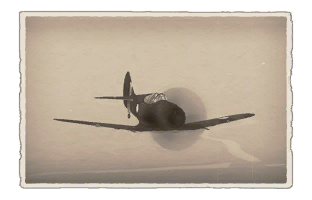 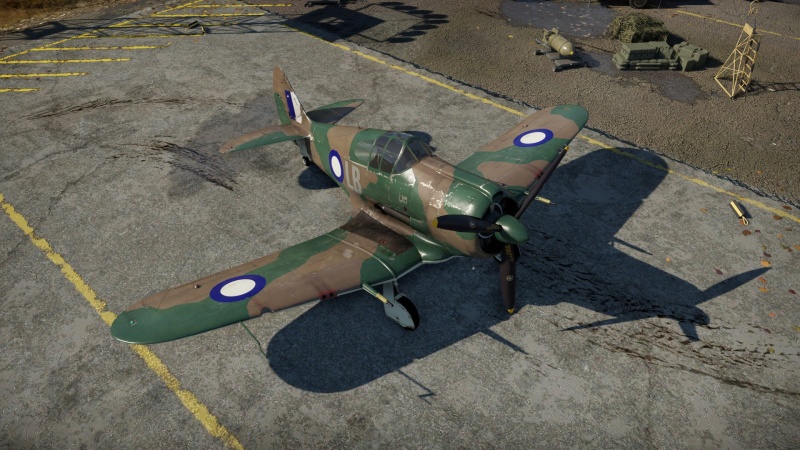 The ▄Boomerang Mk I is a premium rank II British fighter with a battle rating of 3.3 (AB), 3.0 (RB), and 2.7 (SB). It has been in the game since the start of the Open Beta Test prior to Update 1.27. This variant of the Boomerang represents a version which was designed and manufactured in Australia.

The Mk I Boomerang is not very fast for a fighter for its BR at roughly 460 km/h at sea level with WEP, and it loses power very quickly starting at an altitude of 4,000 m. From this, it would be thought that the Boomerang isn't much of a capable fighter, as most of its opponents are capable of reaching 500 km/h at any altitude, yet the Boomerang possesses great manoeuvrability.

Therefore, the Boomerang is best played in a turn-fighting role, almost as a British A6M, as even though the statistics claim a rather average turn time, at low altitude it is a turning-monster, capable of competing with even some Japanese fighters.

The armament of the Boomerang is also quite acceptable for its rank, with 2 x 20 mm Hispano cannons and 4 x 7.7 mm Browning machine guns, which also emphasises its turn-fighting role. However, Boom and Zoom tactics are also possible with the Boomerang, as its decent rip speed, lack of rudder-stiffness at high speed and good rate of climb allows it to make decent passes on any enemies unfortunate enough to be underneath it.

The Boomerang Mk I is the first variant of the CAC Boomerang, a fighter aircraft developed by Australia's Commonwealth Aircraft Corporation (CAC). Designed to equip the RAAF after the start of the Second World War, the aircraft was the first indigenously-built Australian fighter aircraft. The Boomerang was very underpowered due to the limited engine choices, meaning that it was considerably slower than its contemporaries. The aircraft saw limited active service during the Second World War in both frontline and secondary duties.

The RAAF turned to the CAC, which had been created in 1936 through the merger of several Australian aircraft companies. The CAC was already producing the Wirraway, a training and general-purpose aircraft; the CAC decided to create a new fighter on the basis of the Wirraway, as this could be done quickly and efficiently. The Wirraway's rear fuselage, tail and wings were mated to a new forward fuselage which housed a 1,200 hp Pratt & Whitney twin wasp engine. This prototype configuration first flew in May of 1942 and was later ordered into service as the Boomerang Mark I (contract number CA-12) - a total of 105 Boomerang Mk Is would be built during the war.