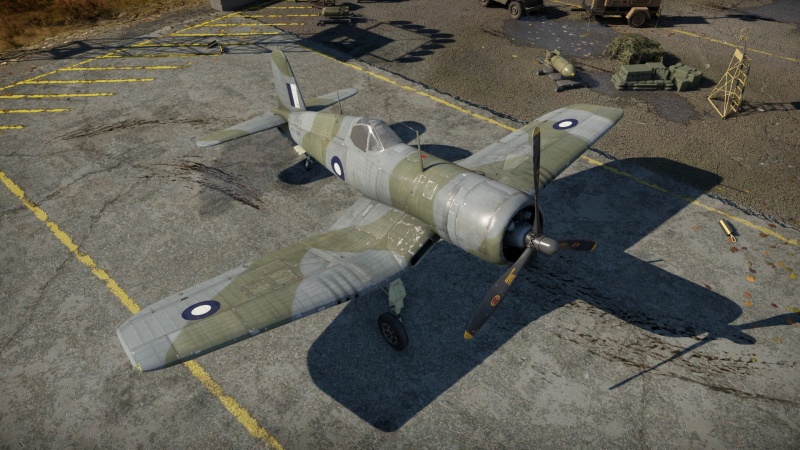 The Corsair F Mk II (Great Britain) can be outfitted with the following ordnance:

This unique Corsair variant rolls slightly faster than the original F4U due to having clipped wings. However, increased manoeuvrability sometimes comes at a price resulting in performance sufferage as is found with this fighter. While this fighter does well in the mid to lower altitudes, performance and manoeuvrability in the higher altitudes where the air is thinner starts to wane quickly and any advantages the clipped wings provided at lower altitudes are quickly lost and start to hinder the aircraft's performance. In comparison, these differences are slight but sometimes in the middle of the battle, the slight differences quickly determine the victor and a pilot bailing out of their crippled aircraft.