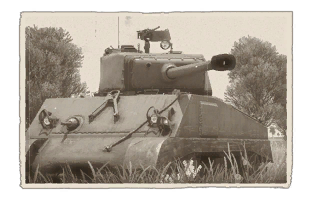 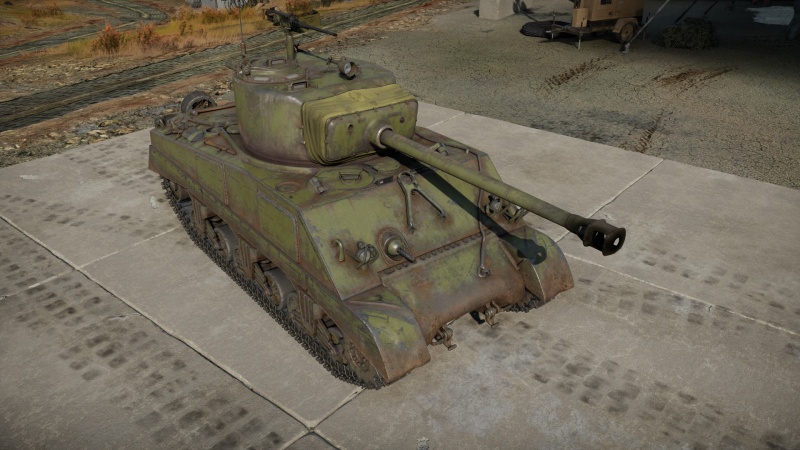 The most important modules to research are Parts and FPE. The M62 APCBC shell is superior to the stock M79 AP shot in performance, so researching the M62 shell module is a priority. After that, the player may prioritize either mobility or firepower upgrades, depending on playstyle. 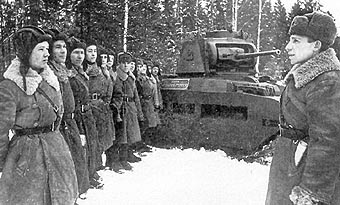 Though the M4 and M4A1 were available, the Soviets disliked the gasoline Continental radial engine due to their experience with the M3 Light and Medium tanks. Instead, they asked for the diesel GMC engine variant M4A2 Sherman upon learning of its existence in August 1942.[5] The M4A2 had been in production since April 1942, but the time needed for the production to supply the demand meant that the first M4A2 only arrived in the Soviet Union by 21 September 1942.[6] Concern on shortfalls in M4A2 productions caused the Soviets to order and receive two M4A4 tank models for evaluation in 1943. After trials with the M4A4, the Soviet disliked the Chrysler A57 engine configuration and low fuel efficiency compared to the M4A2, and so opted not to receive anymore M4A4 tanks.[7][8]

The low numbers of M4A2 received in 1943 caused the Soviet Union to field the first M4A2 tanks in small units, with the first of these being the 563rd Independent Tank Battalion in 04 January 1943 with 9 M4A2 tanks and the 5th Guards Tank Brigade with two M4A2 in January 12th. [6][9][10] The first major campaign the M4A2 were involved in was the Battle of Kursk with the 229th Independent Tank Regiment with 39 M4A2 Shermans, which was put into combat on 11 July 1943.[11] As combat experience with the M4A2 grew, the Soviets came to appreciate the qualities and recognize the flaws of the M4A2 Sherman. A report on 23 October 1943 from the 5th Guards Tank Brigade regarding their M4A2 Shermans noted:[6]

As the inventory of the M4A2 grew in the Soviet Union, the formation of larger tank units composed of M4A2s was possible. The first of such was the 5th Mechanized Corps (later renamed the 9th Guards Mechanized Corps) which, on 01 January 1944, had a total of 131 M4A2 among the regiments and brigades.[12] The M4A2 in service was given the nickname "emcha" by the Soviet soldiers, which was a contraction of the Russian pronounciation of M4 (M-Chetire).[6]

The Soviets continued requesting more M4A2 Shermans to fill their armies, with 2,000 more expected from July 1943 to June 1944. This was at odds with America's plans to switch M4 production over to the 76 mm gun at the end of 1943. To continue supplying the Soviets, the Fisher Body production lines at the Grand Blanc Tank Arsenal continued to produce 75 mm armed M4s until May 1944 to fulfill the Soviet's order.[13] 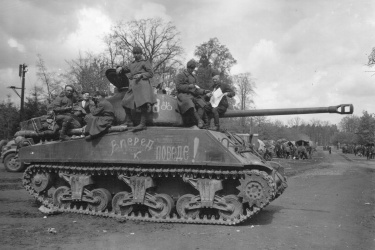 The first action the M4A2 (76) Sherman saw in Soviet service in was in December 1944, when the 6th Guards Tank Army and its associated 9th Guards Mechanized Corps conducted offensive operations in Hungary.[14][17] The M4A2 (76) Shermans would see large-scale usage in 1945 during the Soviet's offensives towards Germany, sometimes alongside the M4A2 (75) versions. Some of the most notable Soviet actions the M4A2 (76) were in the Vistula–Oder offensive in Winter 1945, the Vienna Offensive in Spring 1945, and finally the Battle of Berlin in April-May 1945, where most notably the 1st Mechanized Corps, equipped with 165 M4A2 Shermans prior to the battle, participated in the heavy fighting.[18]

The final M4A2 Sherman usage by the Soviet Union was in Operation August Storm, the Soviet invasion of Manchuria against Japan in August 1945.[19] This offensive saw M4A2 Shermans used on the Transbaikal Front, with the M4A2s in the 3rd and 9th Guards Mechanized Corps, as well as smaller units such as the 48th Independent Tank Battalion and 201st Tank Brigade present (the 201st were held in reserves).[10][17] In all, 250 M4A2 Sherman tanks were present in the Soviet forces when the invasion of Manchuria commenced.[20] [21]

Of the 12,485 tanks and armoured fighting vehicles sent to the Soviet Union from 1941 to 1945 in the Lend-Lease program, 4,102 of those were of the M4A2 Sherman tanks, with 2,007 being of the M4A2 (75 mm) version, and 2,095 being the M4A2 (76 mm) version. Of the tanks sent, the Soviet records reported the receiving of 3,664 tanks; the difference mainly due to deliveries being sunk on the way and discrepancies between the United States and Soviet Union archives.[22][23] Of the 76 mm variants, 460 tanks were versions with the HVSS suspension designs, which began arriving in March-April 1945, delivered too late to see combat in Europe.[19] However, 128 of the tanks saw use with the 9th Guards Mechanized Corps (84 tanks) and the 201st Tank Brigade (44 tanks) in Manchuria.[21] These figures also indicate that the Soviet Union was one of the largest users of the M4A2 (76 mm) Shermans, of which 2,915 were manufactured in total by the United States.[24]