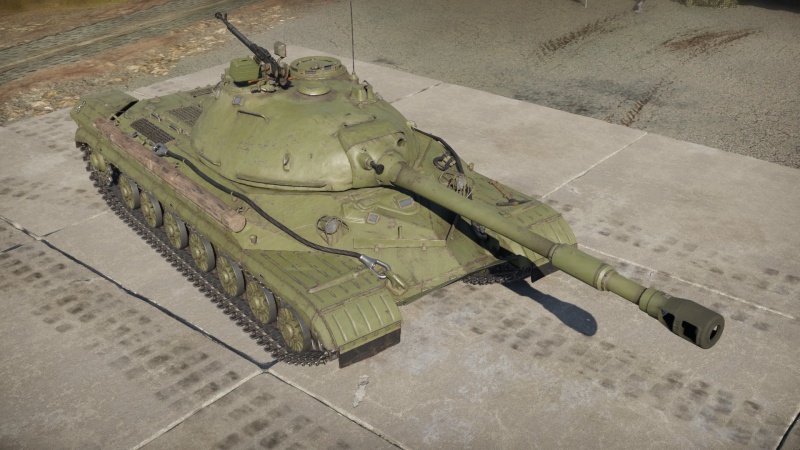 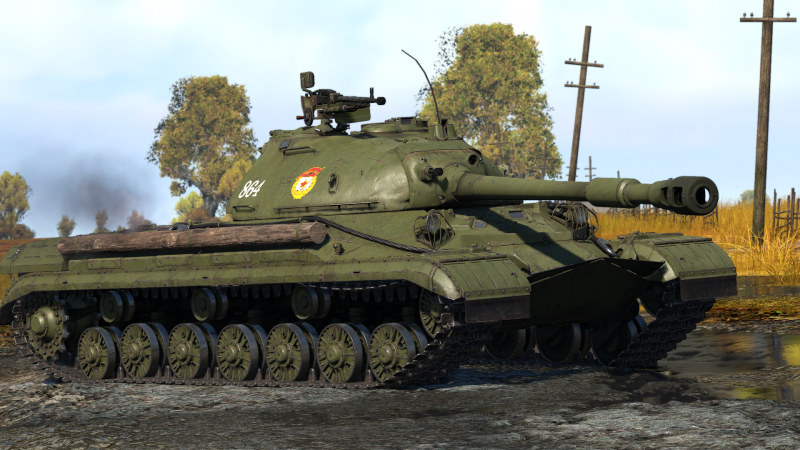 The armour protection of the hull, as it is a T-10 hull, is very good except against powerful APDS, APFSDS, HEATFS and ATGMs. In a downtier the armour will work well against the majority of vehicles, however chemical rounds such as HEAT shells and ATGMs will have no issues penetrating the hull as well as APFSDS shells. Moving to the turret, it is poorly armoured even against APDS beside the gun breech. The turret may stop APCBC and some APDS shells but should not be relied on to stop HEAT and ATGM nor APFSDS.

In terms of mobility, the T10A lacks speed as well as agility. But it can been seen as quite fast for a heavy tank, the horsepower generated by the engine makes this a beast when moving obstacles and even dead tanks. The mass can be seen as a pro and a con. Due to heavy mass, it has more traction and will not be flipped by explosions or pushed so easily by tanks. However, the mass reduced drastically the top speed as well as the acceleration.

Even though you have thick armour, HEATFS and APDS will go right through it so be careful. The T-10A's gun is powerful but for targets such as the M-103, you will have a hard time killing due to its effective armour. Your reload time is also very long, you can expect around an 18-second reload which is way less than a IS-3 or IS-4 but still long. When taking a enemy position or cap, try bringing at least 2 allies to help and support you. Since it is a Soviet tank you have a low gun depression of -3°, so avoid positions that need gun depression like hills or rough terrain. One special feature that sets the T-10A from other heavy Soviet tanks is a stabilizer which makes a huge difference in combat, however this works only at lower speeds. You also have a 12.7 mm DShK machine gun to take out lightly- armoured targets, planes, or helicopters.

Main article: History of the T-10M

The T-10A is an early variant of the T-10 heavy tank. It included a single-plane stabilizer which allowed the gun to be fired accurately while moving. It was developed in 1956, and was later succeeded by the T-10B, and finally the T-10M.