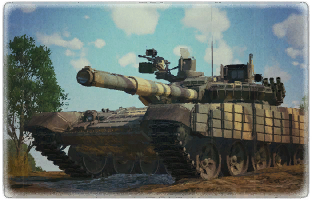 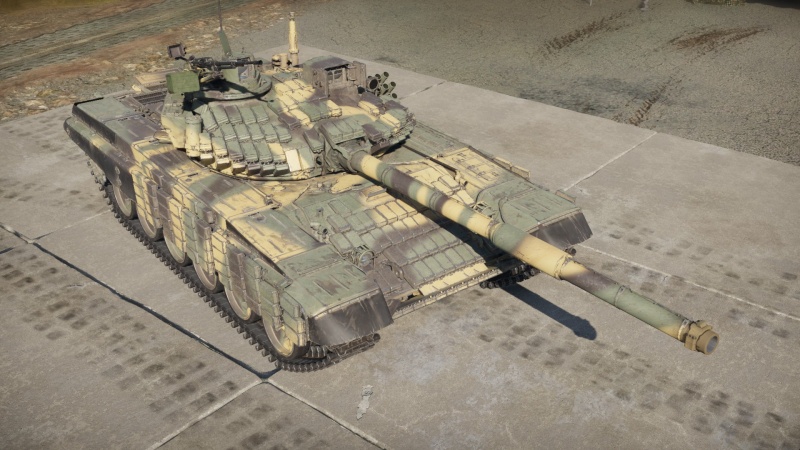 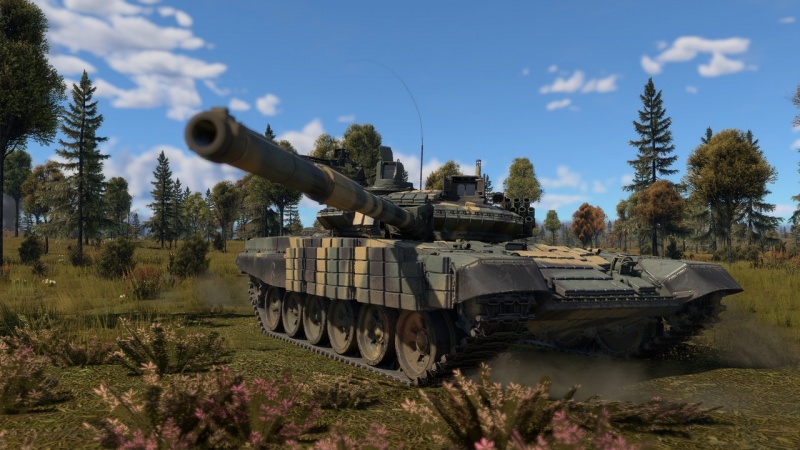 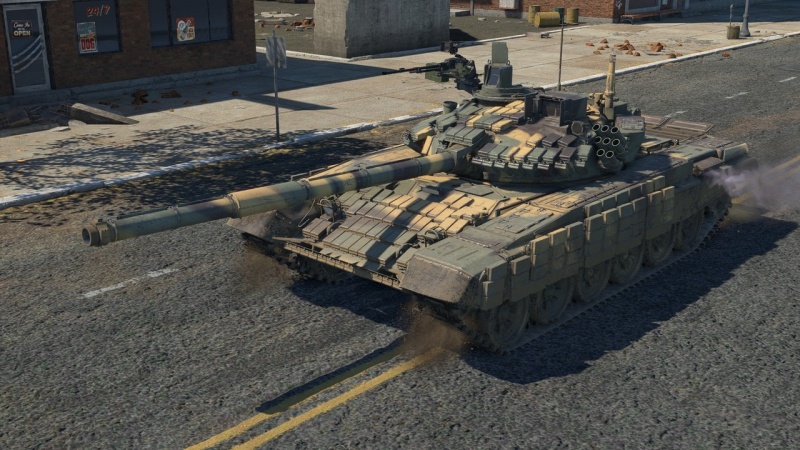 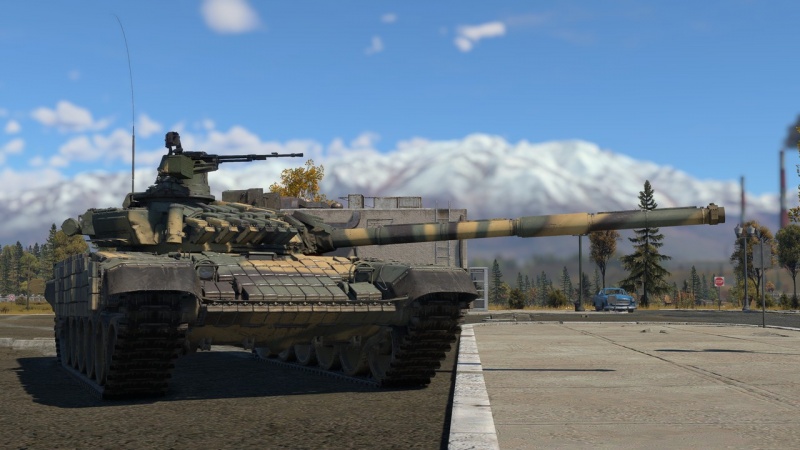 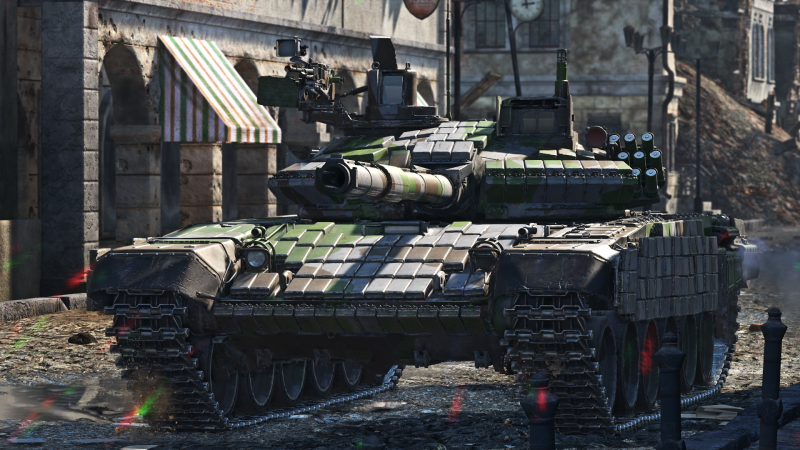 The T-72AV (TURMS-T) is a premium gift rank VI Russian medium tank with a battle rating of 9.7 (AB/RB/SB). It was introduced in Update "New Power".

The T-72AV is a modernized version of the Soviet-made main battle tank T-72A. The CONTACT-1 ERA on the front of the turret is no longer directly mounted on it and is instead mounted on structural steel supports that form a slight arrow shape, it is also fitted with the TURMS-T fire control system. 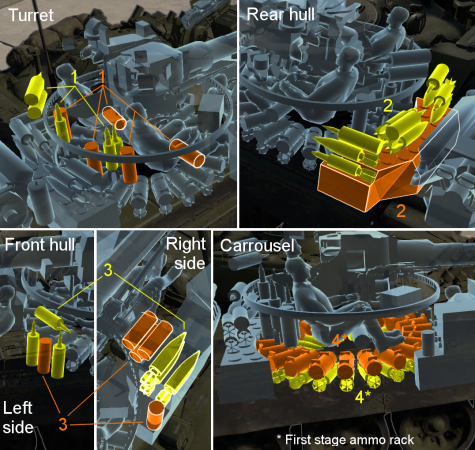 The T-72AV (TURMS-T) is a Russian MBT that is the mainstay in long-range engagements as the cannon is accurate at long distances. The recommended combat tactics is to acquire targets from afar with the thermal imager, use the laser rangefinder to achieve a successful hit and engage from the greatest possible distance. Avoid short-range combat at all costs.