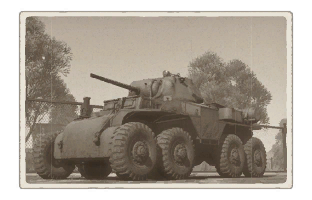 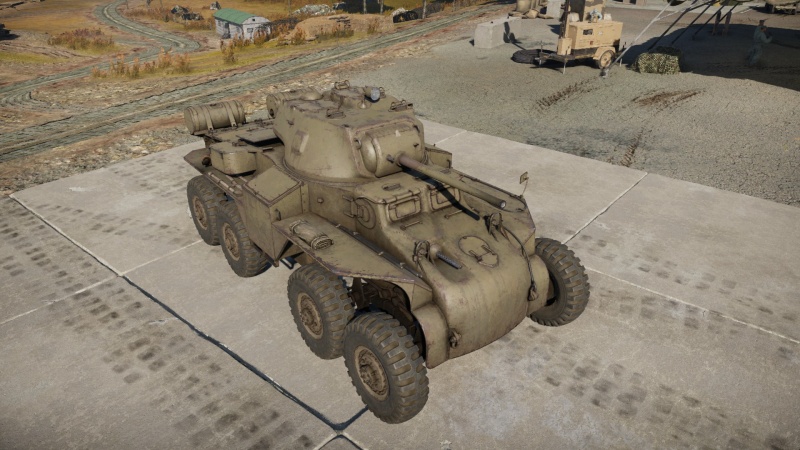 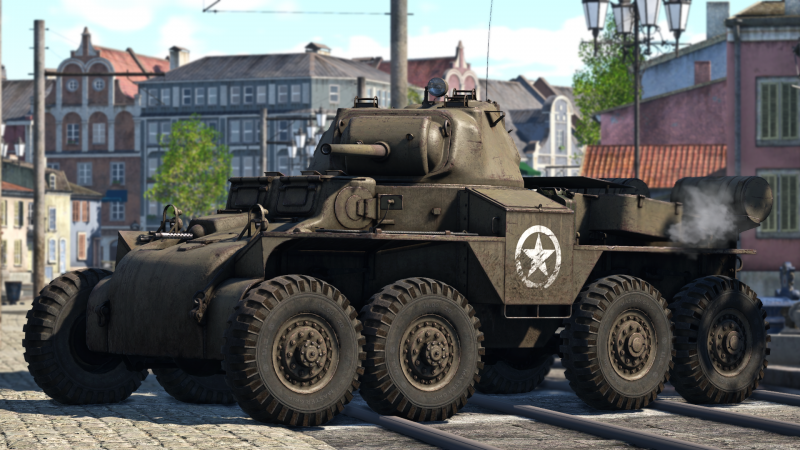 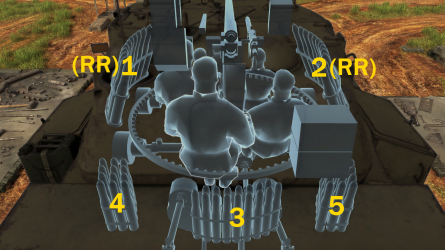 The prototype for the heavy armoured car was displayed in 1942, and the design became the T18. It was being designed for the British Army, who wanted them for the war in North Africa, where the mobility of armoured cars would be beneficial at the time.

The T18 used an 8x8 wheeled chassis with four total axles, the front two paired together and the rear two paired together. The vehicle had a length of 20.4 feet, a width of 10 feet, and a height of 8.5 feet. It weighed around 30 tons, and was operated by a crew of five, with the driver and co-driver/machine gunner in the hull front and the commander, gunner, and loader in the turret.

The three-man turret was located on the center of the hull. The main armament consisted of a 37 mm M6 anti-tank gun. A coaxial 7.62 mm M1919A4 was mounted in the turret, and a second M1919 machine gun was ball-mounted in the hull front for use by the co-driver/machine gunner.

The T18 was powered by two GMC 6-cylinder engines, each producing 125 horsepower, for a total of 250 horsepower. The T18 could reach speeds of 50 miles per hour and had a range of 250 miles.

Before the T18 had been delivered to the British Army, it was seen in the North African theatre that the 37 mm had become insufficient against the latest German panzers. As such, it was decided to replace the 37 mm M6 gun with a 57 mm M1 anti-tank gun (a license-produced version of the QF 6-pounder). Sixty 57 mm projectiles were carried, and 2,500 rounds of machine gun ammunition were carried as well. The vehicle with the 57 mm gun was designated as the T18E2.

The T18E2 was designated by the British Army as the Boarhound, and 2,500 Boarhounds were planned to be acquired. By the time deliveries began, the war in North Africa was coming to a close, and the Boarhound also had poor off-road mobility. These factors, in addition to a high unit cost, caused the British Army to cut the order short at just 30 units. Very few Boarhounds saw combat, and none saw heavy combat. They were mostly used for convoy escort, base defence, or reconnaissance.