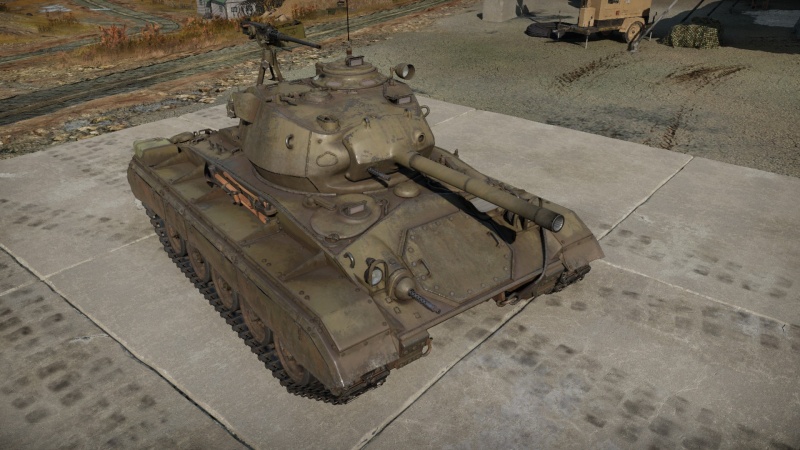 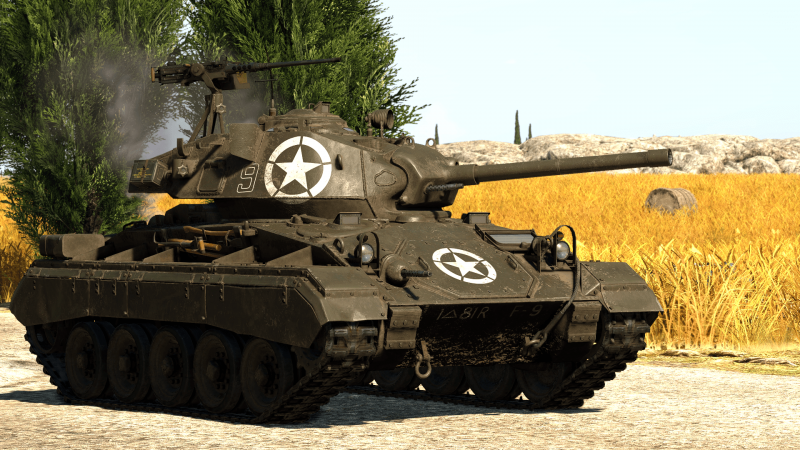 The M24 Chaffee has thin armour on all sides, and can only effectively resist machine gun fire or very low-penetrating shells. Its crew members also sit very close to each other, increasing the chance of it getting knocked out by a single shot. The V-shaped gun mantlet might bounce some small calibre shells if you are lucky enough. However, don't rely on it as the rest of the tank is still poorly protected.

The M24 Chaffee is a very good tank with a fairly interesting playstyle. Instead of being permanently stationed at a single point and continuously firing at an enemy, this tank offers impressive manoeuvrability and speed which allows it to perform impressive flanking manoeuvres. The M24 can travel at around 38 km/h forward and -25 km/h backwards. Its reverse speed is very good if a quick getaway by going backwards is needed. Thus, this tank excels at "peek-a-boo" tactics in which one hides behind a rock or other large piece of cover and repeatedly inches out to fire at an enemy.