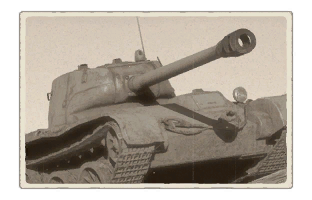 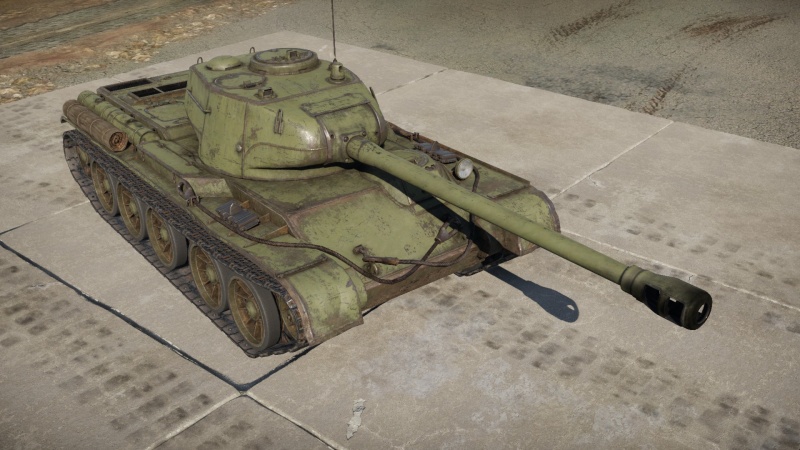 The most distinctive feature of the T-44-122 is its excellent 122 mm cannon. This cannon has the ability to reliably penetrate the front of every single tank at 6.3 except for the T28. However, this does come at the cost of a long reload which can be somewhat assuaged with an upgraded crew (max reload ~23sec).

Succinctly put, the T-44-122 is a go-kart equipped with a 122 mm gun. At its BR, it is highly competitive with its peers, sporting an extremely powerful 122 mm cannon, Panther-like armour, and Hellcat-like manoeuvrability. As such, the T-44-122 makes for an excellent flanking tank due to its high mobility and devastating firepower. A single 122 mm to the side of an enemy tank can instantly destroy it. When flanking, try to stay out of reach from the enemy's cannon as the 122 mm has a long reload and the T-44-122 will be vulnerable in this time period from enemies with cannons like the 88 mm on the Tiger II and possible flankers.

In urban combat, the T-44-122 both excels and suffers due to its 122 mm cannon. On one hand, the sheer firepower of the cannon makes for an excellent tank destroying machine; on the other, the long reload make it difficult to deal with multiple opponents. Playing with a teammate is highly recommended.

Additionally, the 122 mm cannon also makes the T-44-122 a somewhat good sniper, but this nullifies the excellent mobility which should be utilized on the battlefield. 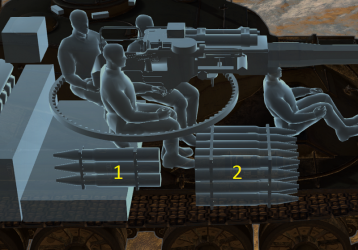