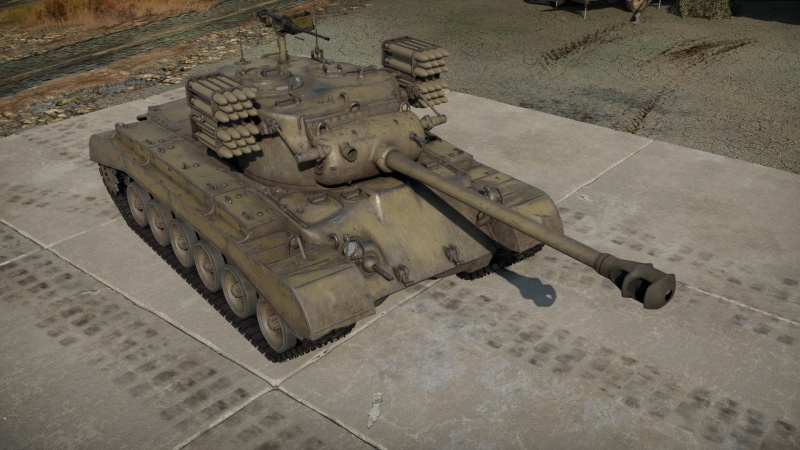 The Medium Tank M26 T99 is a premium rank IV American medium tank with a battle rating of 6.7 (AB) and 6.3 (RB/SB). It was introduced in Update 1.53 "Firestorm". This is a M26 Pershing tank equipped with four rocket pods holding a total of 44 rockets which can be launched against the enemy. 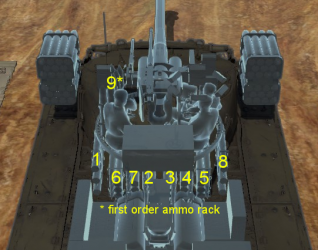 Even being designated as a medium, the Pershing can perform in many different roles in battle. It can be used for supporting allied tanks with long reload time as IS-2's, T32's, etc. Participate in flanking manoeuvres — the M26 speed and agility is not brilliant but enough for that — and be successful in sniping and ambushing situations. Use the lower profile of Pershing compared to the Sherman's to navigate through. The vertical guidance (-10º/20º) allows the M26 to shoot from upper positions without exposing too much of the tank. That's an advantage compared to Russians which have many ground depression problems.

The large sides of German heavies are tempting targets but its very easy to over pen with the wrong ammo like the T33(APCBC) or M304.