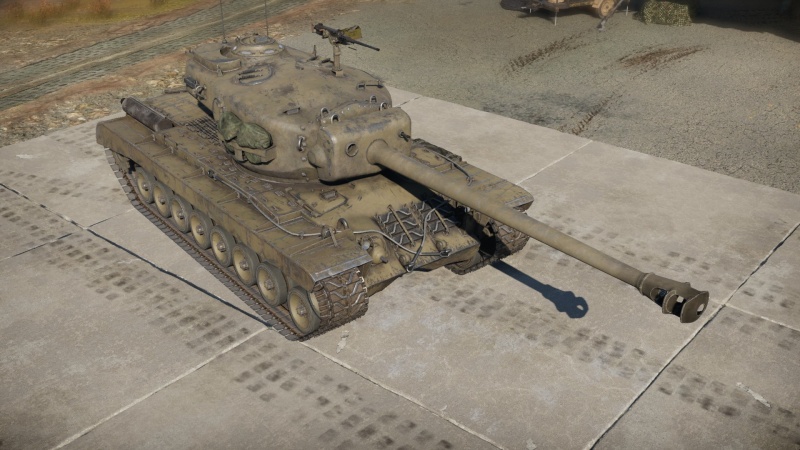 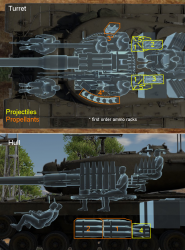 One of the hidden gems of this tank, the three .50cals enable a player to effectively blind enemies, shred lightly armoured vehicles, and engage unsuspecting aircraft. Two of the machine guns are mounted in the turret and are controlled by the gunner. They are locked with the sight of the main gun, thus are also subjected to the limited elevation angles of the turret. The third machine gun is located at the roof of the turret and is pintle-mounted. While this top gun is technically able to freely move around, its actual training speed is rather slow. It is best to use this gun to engage slower moving aircraft or those flying in a predictable path.

One spicy advantage of the .50cal is its ability to de-track enemy vehicles in close-quarters. With three .50cals, immobilizing enemy tanks at close range will take a matter of seconds, and grant you the tactical initiative against whoever's tracks you just shredded.