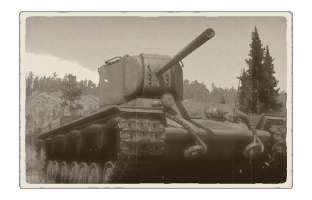 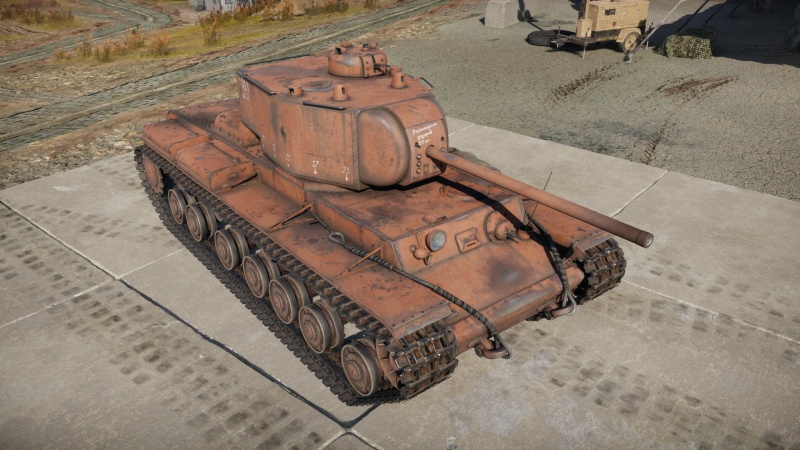 The KV-220 is a premium gift rank III Soviet heavy tank with a battle rating of 5.7 (AB/RB/SB). It was introduced during Update 1.61 "Road to Glory" in the "Operation S.U.M.M.E.R." event of 2016 that lasted from 22 July to 22 August, unlocked after obtaining 36 tanker Marks of Distinction.

The KV-220 is quite a heavy tank of its own calibre. With 100 mm of armour all around the hull and turret, the angling of the hull can be done to maximize both front and side armour without worry of exposing weak points. Not to mention for its weight, the KV-220 is quite agile. While the 85 mm gun is powerful by its own remarks, it is inferior to the same 85 mm gun that is on the IS-1 that shares the same BR as the KV-220. This is because the 85 mm on the IS has access to the more potent BR-365A and APCR shells. Thus, the KV-220 provides a heavy tank with an impressive arrangement of armour with decent mobility, but with a gun that may feel lacking in the battlefield against other heavy tanks.

The KV-220 has some of the best armour in its tier. While on paper it's just like German Tiger tank, in reality it can withstand much more opponents than the Tiger. The front has 30 degree slope that makes the armour even thicker. The sides of the turret and hull are also 100 mm, making KV-220 invulnerable when facing enemies at a 45 degree angle. Due to the all around 100 mm armour, KV-220 is invulnerable to all SPAA it might see from all directions.

The KV-220 has a crew of 6, making it harder to knock out. The side of the hull is also protected with fuel tanks which can absorb large amount of damage.

The KV-220 has a power-to-weight ratio of 13.6. But surprisingly the mobility of this tank is quite good despite the 62.7 tons of weight. The diesel engine has greater torque at lower RPM than similar gasoline engines, providing KV-220 great acceleration and higher cruise speed but lower top speed. Due to the great mobility in its class, the KV-220 can arrive at the front line with the medium tanks, holding better positions than the late-comers. Despite the good speed, its turn rate is relatively low.

The KV-220 carries a 85 mm F-30 cannon. The firepower is not as good as the 122 mm D-25T cannon installed on IS-2 in the similar BR, but the F-30 cannon has much better fire rate - almost three times faster. The KV-220 also have a good gun depression of -6° when comparing to other soviet heavy tanks. Despite the good rate of fire and relatively good gun depression angle, the F-30 cannon is still not as good as other cannons installed on heavy tanks in the similar BR. Treat the KV-220 as a medium tank with heavy armour rather than a heavy tank. 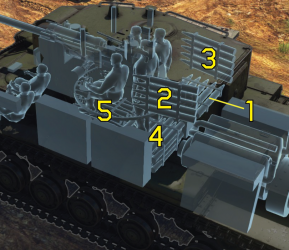 There is a coaxial 7.62 mm DT machine gun and another one installed in the commander's cupola. The usage of these machine guns is relative limited due to the small calibre. You may use the DT machine gun on commander cupola against air targets. You may get a hit if you are lucky. In most cases the machine guns are used to check if the target in the front is still alive or not.