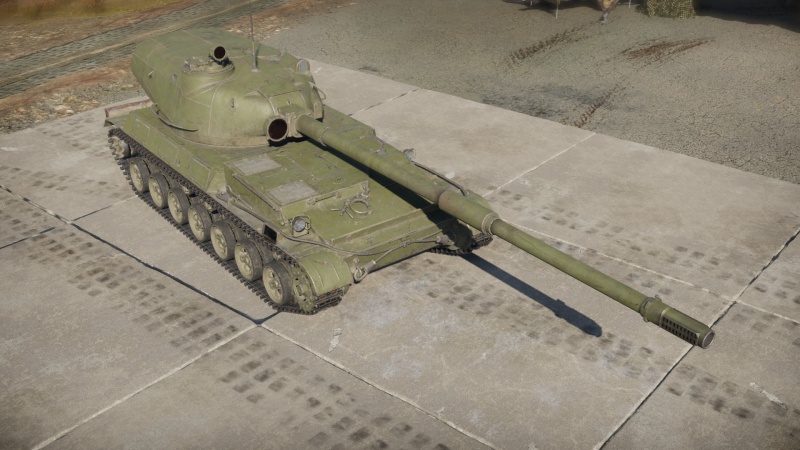 The Object 120 is armed with three types of shells. The first is an APFSDS round that is capable of going through almost all the armour of most vehicles it can face. It also has an extremely low shell drop, giving almost flat ballistics, which makes it one of the best kinetic rounds at its battle rating. The second round is a HEATFS shell, which has a high penetration and holds a huge amount of explosive. It is slower and has a more standard shell drop. The HEATFS is a high-penetrating chemical round against thick conventional armour. The third is an HE shell with a huge amount of explosive. It is effective to destroy lightly armoured vehicles with overpressure. 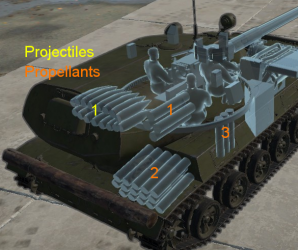 Ammo racks of the Object 120

The Object 120 performs best in all game modes as a sniper/support. This means finding a good spot overlooking the battle with some cover, and taking out enemies from long range. The Object 120's long 152 mm gun and its powerful shells are well suited for this purpose.

The Object 120 can be used at a close-range battle, but it will not be able to perform as effectively due to its relatively long 10-second reload time and a lack of gun stabilizer. These two lacking features mean that the Object 120 cannot react to new threats quickly, especially when it tries to take the battle offensively. It is thus better to fight at range, where the Object's advantages can be used to the fullest.