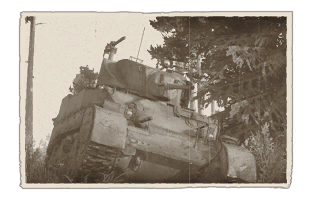 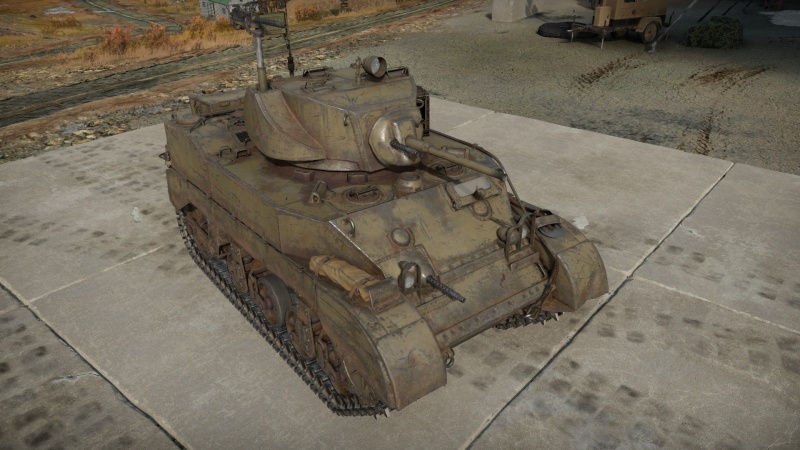 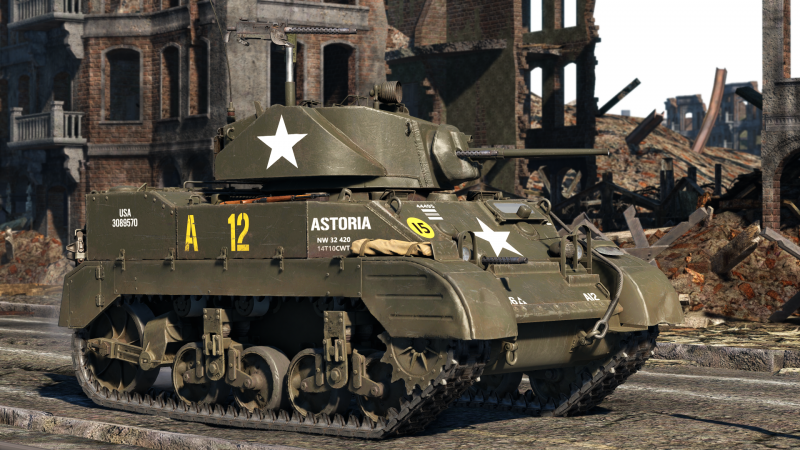 The Light Tank M5A1 Stuart is a rank II American light tank with a battle rating of 2.3 (AB) and 2.7 (RB/SB). It was one of the first American tanks to be released with the American ground tree in Update 1.45 "Steel Generals". An improvement over the earlier M3 Stuarts with better front sloping armour, it helps the light tank keep up to date with the evolving tanks of the time.

The M5 is surprisingly durable as a light tank. The sloped armour when angled is effective against low-calibre tank guns like those equipped on the M3A3 or M2s. The turret is small, making it harder to hit the gunner. Speed will be essential to avoiding being shot by larger calibre guns, as the side armour may richochet enemy shells if you are lucky. The engine is very exposed, but this does come with the benefit of it providing additional protection from APHE shells that hit the rear of the vehicle. If ambushed and unable to get to cover, the rear is your best last ditch option to survive.

The M63 SAPHEI acts as a very weak APHE shell, penetrating only a small amount of armour before exploding. This may remedy the lack of post-penetration damage, however the weak penetration will always be a problem. You may want to pack a few of these shells if you intend to patrol flanks, where meeting lightly-armoured and open-topped vehicles is more likely.

The Stuart light tank design was also quite versatile that it was made into different variants for different roles on the battlefield. It served as an infantry support vehicle as to the 75 mm GMC M8 and experiments were also taken to see if it could be adapted to an anti-aircraft gun and a flamethrower as well. However, the Stuarts were becoming an ageing design with inferior armour, cramped interior layout, and a small 37 mm gun, so a program to replace the light tank began in 1943 and became the M24 Chaffee, which would eventually replace the Stuarts mostly after World War II.