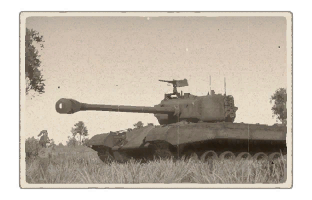 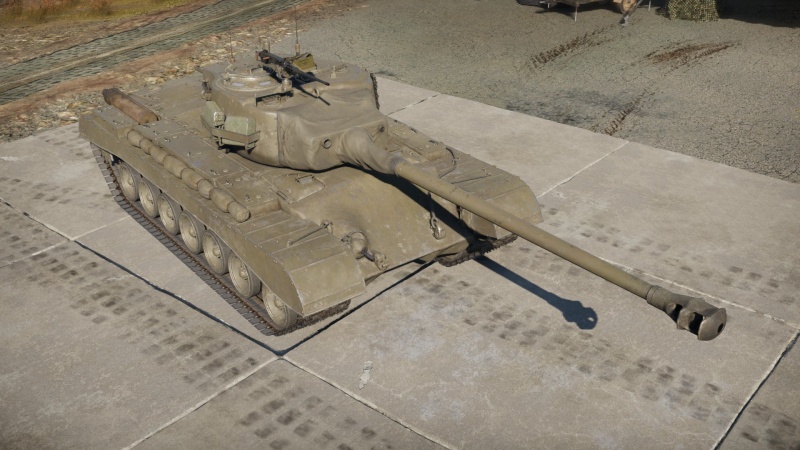 The Heavy Tank T32 is a rank V American heavy tank with a battle rating of 7.3 (AB/RB/SB). It was one of the first American tanks to be released with the American ground tree in Update 1.45 "Steel Generals". It can be seen as an extremely buffed up version of a M26 Pershing with a high velocity 90 mm gun and extremely tough front turret armour able to exploit hull down positions against its competitors.

The T32 is a post-World War II heavy tank with 7.3 Battle Rating, and it's one of the best tanks for a specific battle tactic known as hull-down. Due to its 298 mm thick frontal turret armour, it will mostly deflect any incoming armour-piercing shells at any range, except incoming High Explosive Anti-Tank-Fin-Stabilized (HEAT-FS), aimed at the turret hole beneath the mantlet. It's crucial to conceal the T32's weak spots, especially the lower plate tips and lower mantlet since both spots can cause catastrophic damage to the T32.

Even if a T32 is hull-down, doesn't mean it's invulnerable. If an armour-piercing shot deflects at the lower mantlet and penetrates through top hull armour, It will instantly knock out the tank, since the deflected shot goes right through the main ammo load and blows it off. Also, a very powerful HE shot from guns with over 120 mm calibre can cause severe damage to the T32's armour. 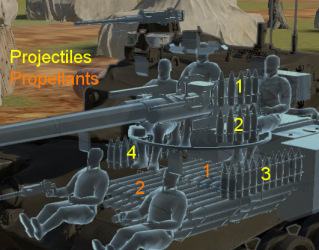 Ammo racks of the T32