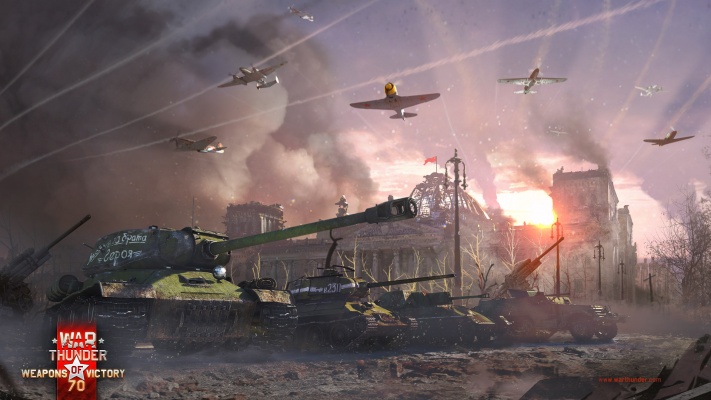 Update 1.49 / 1.70.1945 "Weapons of Victory"(changelog) was introduced on 30 April 2015. The update is distinguished for adding the American tank destroyer branch, a number of historical maps, and a large number of other new vehicles. The update was released on 30 April 2015 and given the number 1.70.1945 to commemorate 70 years since the end of WW2 (30th April 1945 was the day Soviet forces claimed victory in Berlin).

Changes and fixes to aircraft​

Decals for aircraft have been added

Decals for ground vehicles have been added

Changes and fixes of ground vehicles